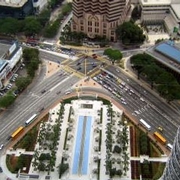 A hot issue of debate at recent Commonwealth meetings, including at the Commonwealth Heads of Government Meeting (CHOGM) held in November last year, was about the relative importance the organisation and its member states should place on issues of development, as opposed to issues of democracy: supporting economic and social advancement and poverty alleviation vis a vis safeguarding fundamental political principles and practices such as the rule of law and human rights.

For local government and CLGF, delivery of core services to the community, ensuring the necessary local infrastructure provision and ensuring an inclusive approach to development, including addressing the needs of the poor, are fundamental objectives. Much of CLGF’s work is directed at enhancing the ability of our members - both local governments and national ministries, to respond better to issues of development. This covers a wide range of issues ranging from provision of basic healthcare to water and sanitation services.

At a recent CLGF Southern Africa regional event in Malawi, special focus was given to local economic development strategies; while the right to development was clearly a key underlying theme. Development was an important element of the CLGF presentation made to the Meeting of Commonwealth Small States recently held in St Lucia. Likewise it will be a core element of the forthcoming CLGF Pacific Local Government Forum (PLGF), to be held in Papua New Guinea in May. Delivering sustainable development in the broadest sense is therefore very much a bread and butter issue for local government everywhere.

At the same time, local government is at its best and most effective in delivering developmental objectives and services when it is responsive, accountable and transparent. In other words, when it abides by the principles of good governance at the local level as set out in the Commonwealth Aberdeen Principles, which now form an integral part of the new Commonwealth Charter. This in turn is facilitated by having democratically elected local government structures. The exact nature or model of local democracy is of course for each country to determine and it is counterproductive to seek to promote a ‘one size fits all’ approach - whether in the Commonwealth, Eastern Europe or elsewhere. What should however be respected by all member states are the core political values and principles as set out in the Commonwealth Charter. This is why CLGF warmly welcomes the current moves to restore local democracy in a number of member states such as Malawi and Pakistan.

This brings us back to full circle: development and democracy are complimentary and should be pursued in harmony, not in isolation. Perhaps what has given rise to discourse in the Commonwealth family is the feeling that one group of countries is seeking to push only one objective and another group is only interested in the other objective. This is clearly not productive to having a Commonwealth consensus - the circle must be squared. Nearly all Commonwealth countries are developing countries and their development needs must be uppermost. Likewise, the Commonwealth is based on shared political values and principles, which must be respected by all as well.

CLGF through its ongoing projects and activities in support of our members can demonstrate that there is a practical way forward. We are pleased that at the current UN negotiations on the post-2015 development agenda, which CLGF has been actively participating in, there has been significant recognition of the cross-cutting nature of sustainable cities and human settlements in development and that having the rule of law and capable institutions, democratic governance also needs to embrace strengthening of local government.

The CLGF Kampala Declaration on Developmental Local Government endorsed by Heads of Government defines developmental local government as, among other things, involving innovative, sustainable and people-sensitive local economic growth and social development as well as having integrated and coordinated developmental activities of public and non-state agents. At the same time, it defines it as being local democratic governance that is inclusive, transparent and participatory and entailing human rights, gender equality, cultural diversity and opposition to discrimination. In other words, it entails both development and democracy and this fundamental message will continue to underline our 2014 Year of Developmental Local Government.