CLGF signed a MOU with Microsoft for 2016-20, and agreed a programme of work for 2016-17, the first such longer term corporate partnership with a private sector partner. Microsoft has collaborated with CLGF for more than a decade by supporting and participating in CLGF’s biennial conferences, but this is the first time that both parties have come together to take forward joint activities in the context of localising the SDGs and supporting cities, local authorities, LGAs and ministries of local government to better use ICT to enhance democratic accountability.

The joint work programme for 2016-17 includes a series of joint activities around strengthening the Commonwealth Sustainable Cities Network (CSCN) as well as highlighting the role of ICT in improving efficiency and effectiveness at the local level, with a particular focus on its role in supporting local government to meet the SDGs.

Supporting to strengthen the Commonwealth Sustainable Cities Network
Microsoft supported the 2016 Commonwealth Sustainable Cities Network (CSCN) meeting that took place in London on 12-13 July 2016, which addressed key city issues such as making cities inclusive, resilient and safe; cities as engines of economic growth and centres of finance and innovation; growing importance of ICT in governance and service delivery as well as holistic planning. Microsoft's Managing Director, International Organisations – Worldwide Public Sector David Burrows spoke about the growing relevance of ICT in governance and service delivery and ways in which cities are using ICT to address local challenges at a session on smart cities at the CSCN meeting on 13 July. 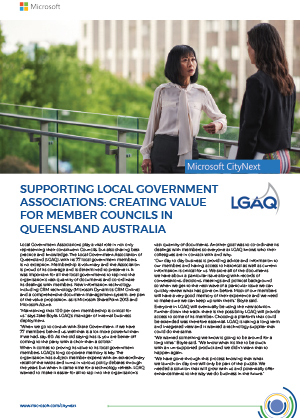 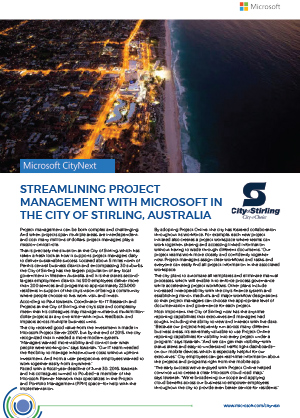 Streamlining project management with Microsoft in the city of Stirling, Australia

Project management can be both complex and challenging. And when projects span multiple areas, are interdependent, and cost many millions of dollars, project managers play a mission-critical role. 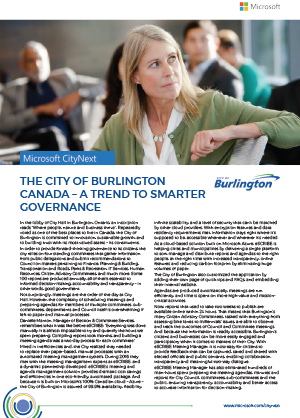 The city of Burlington Canada – a trend to smarter governance

In the lobby of City Hall in Burlington, Ontario, an inscription reads “Where people, nature and business thrive”. Repeatedly voted as one of the best places to live in Canada, the City of Burlington is committed to innovation, sustainable growth, and to building trust with its most valued assets – its constituents. 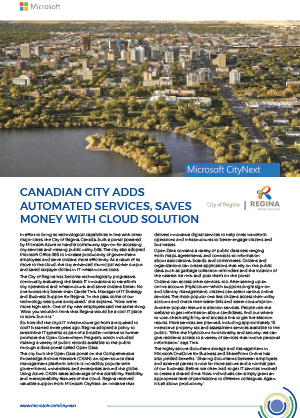 In effort to bring its technological capabilities in line with other major cities, the City of Regina, Canada, built a portal powered by Microsoft Azure to handle community sign-on for accessing city services and viewing public utility bills. The city also adopted Microsoft Office 365 to increase productivity of government employees and serve citizens more efficiently. As a result of its move to the cloud, the city enhanced municipal worker output and saved taxpayer dollars in IT infrastructure costs. 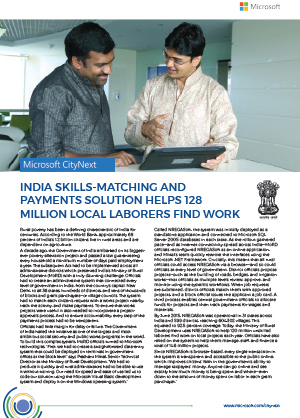 Rural poverty has been a defining characteristic of India for centuries. According to the World Bank, approximately 68 percent of India’s 1.2 billion citizens live in rural areas and are dependent on agriculture. 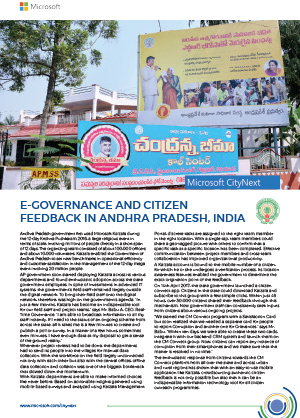 Andhra Pradesh government first used Microsoft Kaizala during the 12-day Krishna Pushkaram 2016, a large religious event in terms of scale, involving millions of people directly in a short span of 12 days. The organizing team consisted of about 100,000 officers and about 10,000 volunteers. Kaizala enabled the Government of Andhra Pradesh to set new benchmarks in operational efficiency and customer satisfaction in the management of the 12-day mega event involving 20 million people. 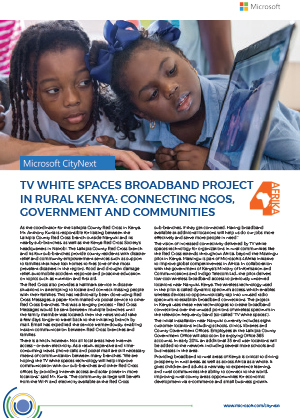 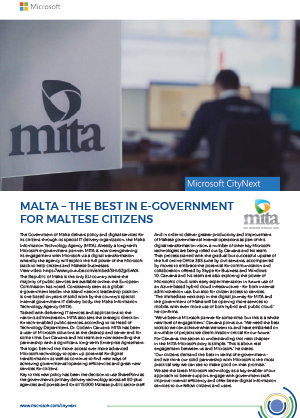 Malta – the best in e-government for maltese citizens

The Government of Malta delivers policy and digital services for its citizens through its special IT delivery organization, the Malta Information Technology Agency (MITA). Already a long-term Microsoft e-government partner, MITA is now strengthening its engagement with Microsoft via a digital transformation whereby the agency will exploit the full power of the Microsoft stack to help citizens and Maltese businesses. 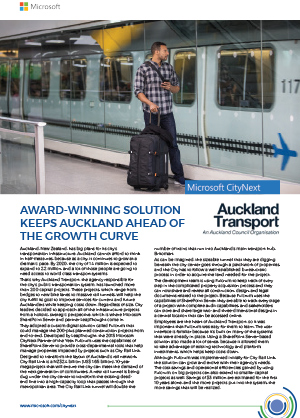 Award-winning solution keeps Auckland ahead of the growth curve

Auckland, New Zealand, has big plans for its city’s transportation infrastructure. Auckland cannot afford to think in half-measures, because as a city, it continues to grow at a dramatic pace. By 2020, the city of 1.4 million is expected to expand to 2.2 million, and a lot of those people are going to need access to world class transport systems. 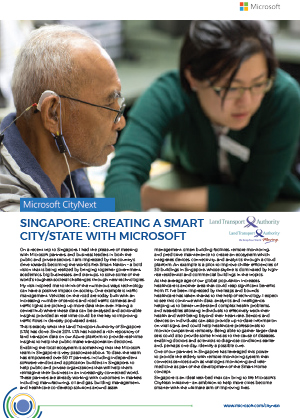 On a recent trip to Singapore, I had the pleasure of meeting with Microsoft partners, and business leaders in both the public and private sectors. I am impressed by the country’s drive towards becoming the world’s first Smart Nation – a bold vision that is being realized by bringing together government, academics, big businesses, and startups, to solve some of the world’s toughest societal challenges through new technologies.

The CLGF Bulletin is CLGF's magazine published twice a year

CLGF works with Commonwealth and international partners, civil society and the private sector.