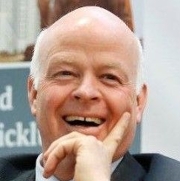 This blog is written in a personal capacity, and does not necessarily reflect the views of Cities Alliance or its members, or those of  UNOPS.

In over three decades of development work, it is both noteworthy and distressing to see how so many contemporary trends and crises all largely have the same origins. As someone who grew up in apartheid South Africa, I witnessed the organisation of a society based on the purposeful dehumanisation, subjugation and exclusion of the majority of the population. These were conscious choices, taken eyes wide-open and enshrined in law, bolstered by violence, prejudice and greed.

Designed under British colonial rule, and refined by the Nationalist government after 1948, the institutions of government were designed to make policy, legislate, administer, police and, wherever necessary, to violently suppress dissent or protest and to enforce the status quo. The white beneficiaries of the system used their schools, clubs, public and private institutions and the media  - and the active support of their friends in Europe and America - to make apartheid look normal, sanctioned by religion, and everlasting.

More recently, dynamic protest movements challenge long-standing and engrained discrimination that is as ingrained as legal apartheid: the first was the #MeToo movement, which was triggered by allegations of sexual predation made against Harvey Weinstein in 2017, but which has come to challenge the systemic demeaning and structural exclusion of women – as girls, in the household, the economy, in politics, and in society.

The second eruption has been the extremely energetic and rapid growth of the #BlackLivesMatter movement. Originally launched in 2013 in  response to the acquittal of the person accused of murdering Trayvon Martin, #BLM exploded into a global movement following the death of George Floyd in  Minneapolis in May 2020.

At the time of writing, the world is struggling to grapple with, and control, the Covid19 pandemic – an invisible and universal enemy that presents itself as egalitarian in its non-discriminatory taking of life. All over the world, society has been forced to adopt a common set of rituals to control the virus – social distancing, lock-downs, remote working, masks – while struggling to generate the huge financial costs of keeping individuals, households and companies on life support.

It is now well documented that it is all but impossible for the poorest and most densely-concentrated communities, found in the informal settlements, slums, favelas and barrios of Latin America, Africa and Asia, to follow international guidelines. What does working from home mean when your overcrowded home is already your site of production or exchange? How do you distance socially in an overcrowded shack, in a densely populated slum? How do you wash your hands without access to clean water?

Without wishing to suggest a hierarchy of suffering and discrimination, the combined policies of structural discrimination and exclusion come together in the living and working places of the urban poor. Let us be clear: despite all protestations to the contrary, the default position of most governments is anti-poor: maybe not when measured by political speeches and electoral promises but, when measured by actions, behaviour and the allocation of resources, the pattern is consistent, relentless, and global. Most public subsidies and private profits go to the already rich, the connected, and those that over-consume, and not to the poor who, on a daily basis, pay more per unit of service, in exchange for less,  than do the wealthy in the same town or city.

What links these all – apartheid; ingrained discrimination against girls and women; structural, daily racism against people of colour; and the urban poor  - is that these are all conditions that arise not by accident, or through an absolute lack of resources, but by conscious social, economic  and political choices, underscored and administered by the public and private institutions that keep the poor, the black and the women in their place. Eyes wide open.

These, and other conditions that consolidate discrimination and growing inequality, also act as roadblocks to the response to the Climate Emergency – the truly existential crisis that arises from the very same lack of humanity. Only when we connect the dots of our common humanity do the solutions present themselves:  technically not difficult at all – but impossible under current conditions.

About the author: William (Billy) Cobbett is Director of Cities Alliance, a global partnership promoting the role of cities in sustainable development. Prior to this, he was at UN-Habitat in Nairobi, where he designed and launched the Global Campaign for Secure Tenure. A South African, Billy managed Planact, the leading urban NGO providing support to civic organisations and trades unions. In the Government of National Unity under President Nelson Mandela, Cobbett was appointed Director General of the National Department of Housing, reporting to Minister Joe Slovo.

CLGF is a member of the Cities Alliance.