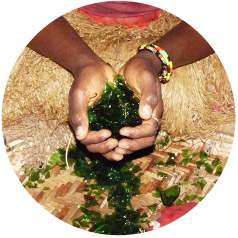 Practitioner to practitioner support is at the core of CLGF's work across the Commonwealth and within the region, using CLGF's own members to support others both within and between regions.

Decentralisation is at varying stages across the region, mirrored in the policies and activities prioritised by CLGF members. Building on earlier achievements, CLGF is helping to increase capacity at local level and improve inter-governmental relationships.

CLGF took part in Commonwealth election monitoring for local elections in Sierra Leone in 2004 and 2008.

CLGF has been facilitating a process of regional exchange in West Africa. A regional event in Accra, Ghana in 2013 brought together CLGF's members in the region for a technical meeting on national and regional priorities for local government. In June 2014, CLGF held a political meeting of regional members in Abuja, Nigeria, alongside a day long national symposium on local government in Nigeria in partnership with UNDP. Again, CLGF organised a regional conference in November 2016 in Accra, Ghana to deliberate on the role of local government in achieving the Sustainable Development Goals (SDGs).

CLGF is also working in partnership with the United Cities and Local Government of Africa (UCLGA) to develop a position towards the Economic Community of West African States (ECOWAS) to advocate greater inclusion of the local government sector in its regional decision-making processes.
CLGF has been actively supporting Local Economic Development (LED) initiatives in the region since 2012 with funding from DFID and the EU. It is currently contributing to the review of the National LED policy of Ghana and implementing LED projects in four Metropolitan, Municipal and District Assemblies in the country. These are: Tema Metropolitan Assembly, Asunafo North Municipal Assembly, Ayensuano District Assembly and Nadowli-Kaleo District Assembly. Also, CLGF has selected four councils in Sierra Leone to pilot LED projects. Implementation is expected to commence soon.

Through projects, events and activities involving partners from all spheres of government, professional and citizen-led organisations, and development partners, CLGF is building commitment and knowledge to support decentralisation and developmental local government.

Read more about CLGF projects and activities in West Africa.