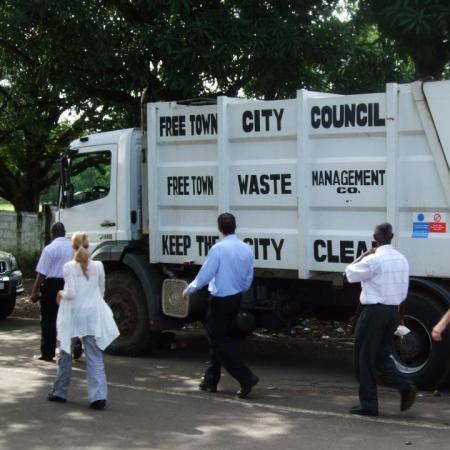 The Local Councils Association of Sierra Leone (LoCASL) was formed in July 2004.

The Local Government Act 2004 is currently under revision to reflect the 2010 national decentralisation policy.

On March 13TH 2016, as a result of major cabinet reshuffling, Mr. Maya KaiKai replace as the new Minister for Local Government and Rural Development.
Read the profile of the local government system in Sierra Leone.

The Ebola crisis which devastated Sierra Leone between July 2014 and November 2015 resulted in CLGF not being able to take forward work planned as part of the wider DFID funded programme supporting local governance and local economic development.  . However, CLGF has recently supported the General Assembly of the Local Councils Association of Sierra Leone (LoCASL) held in February 2016 in the municipality of Makeni. CLGF is also working closely with the Decentralization Secretariat at the Ministry of Local Government and Rural Development on policy matters.

CLGF will continue to work with its member in Sierra Leone as it takes forward the EC funded project “Strengthening local government’s role as a partner in development” focused on the role for local government and other local and national actors in localising and implementing the new Sustainable Development Goals (SDGs).
CLGF was inviolved with local election monitoring in 2004 and 2008.