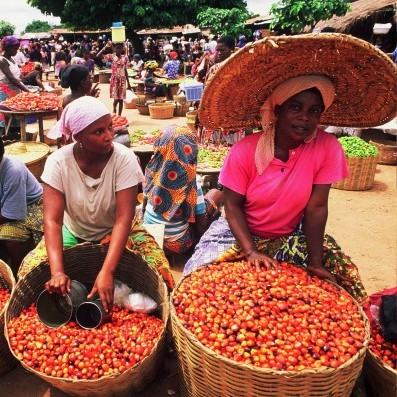 Ghana is a constitutional republic with two spheres of government: national and local. Local government is enshrined in the constitution, as is decentralisation, and the main relevant legislation is the Local Government Act 2016 (Act 936). The country is divided into ten administrative units or regions, each headed by a regional minister appointed by the president. There are three types of assemblies at the higher levels of local government: metropolitan, municipal and district. There are also sub-structures that do not hold any legislative or rating powers and undertake activities delegated to them by the assemblies: sub-metropolitan, district, urban, town, zonal and area councils and unit committees. Following the 2015 local elections 4.7% (276/5,930) of councillors in Ghana were women, down from 6.7% in 2010. The district assemblies are responsible for the setting and collecting of local revenue. There are also numerous grants transferred from national to local government, the most important of which is the District Assemblies Common Fund which provides for an allocation of no less than 5% of total government revenue to district assemblies annually. The assemblies are responsible for the overall development of the district, including the promotion of local economic development, basic education and public health, environmental protection and sanitation, and the improvement and management of human settlements.
The local government association is the National Association of Local Authorities of Ghana (NALAG).

The government is currently consolidating all local government legislation into one major law to be called the Consolidated Local Government Act.
Local government elections took place in 2015 and national elections are expected to take place at the end of 2016 and campaign focus on the need to have locally elected municipal and district chief executives has been strong. This could have significant on the system of local government if followed through post election.

CLGF is working with the National Association of Local Authorities of Ghana (NALAG), the Ministry of Local Government and Rural Development and three local governments (two district assemblies and one municipality) on an LED pilot project focused on practical implementation of the National LED policy as part of the wider DFID funded programme supporting local governance and local economic development.

At the local level CLGF is working in Asunafo North Municipality in the Brong Ahafo region, Nadowli-Kaleo District Assembly in Upper West region and Ayensuano District Assembly in the Eastern Region. To date, at the local level the projects have focused on building the capacity to municipal staff to undertake local economic assessments, establish local business forums with the private sector, community trainings on business and entrepreneurship skills. In addition the each pilot is taking forward a catalytic project supporting existing local sectors, ranging from community coordinated vegetable gardens, palm oil production, soap making, to a small and medium enterprises trade fair.

CLGF is working with the National Association of Local Authorities of Ghana (NALAG) to support the re-development and implementation of their strategic plan. CLGF will continue to work with NALAG as it takes forward the EC funded project “Strengthening local government’s role as a partner in development” focused on the role for local government and other local and national actors in localising and implementing the new Sustainable Development Goals (SDGs).

Case study report on Achieving the SDGs through LED in Ghana