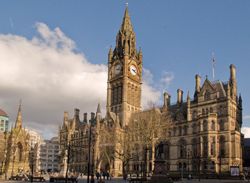 The attacks in Manchester on 22 May and London on 3 June have brought to the fore the vulnerability of our communities to attacks by extremist and radical forces that exist within our society. The entire staff and membership of CLGF stands together in solidarity with all citizens of Manchester and London at this difficult time.

Our police, ambulance, emergency and security personnel need to be commended for the front-line service they provide. They protect all of us, often at great danger to themselves. In addition to these front-line services, almost all cities and local governments have disaster preparedness and rapid response plans in the event of such incidents. In almost all cases, attacks of this nature occur in areas of high population density and it must be remembered that half of humanity, 3.5 billion people, live in cities today.

Security and safety is firmly placed on the global developmental agenda. In the Sustainable Development Goals, Goal 11 is to “Make cities inclusive, safe, resilient and sustainable”. The New Urban Agenda, adopted in Quito in October 2016, sets global standards of achievement in sustainable urban development, rethinking the way we build, manage, and live in cities. Importantly, it emphasises the need of engaging all sectors of society to do this, including government as well as civil society and the private sector.

Working across 77 cities in 24 countries, the Global Network on Safer Cities (GNSC) is an initiative of UN-Habitat with the goal of equipping local authorities and urban stakeholders to deliver urban safety, and links violence prevention networks and strategies with urban stakeholders. At the Commonwealth Ministers of Health meeting, the day before the Manchester attack, global security was a key part of deliberations.

At CLGF, we have placed urban resilience at the fore-front of our work in support of cities. Central to this is community resilience with the creation of opportunities to build community cohesion as a central element in achieving this resilience. The most potent weapon we have to combat extremism in all its forms lies within our communities and particularly amongst our youth. The day after the attack, the people of Manchester, from all sectors, ages, ethnicities and faiths demonstrated that solidarity and cohesion on the streets in great numbers, and likewise in London, with stories continuing to emerge of selfless and heroic acts by oublic servants and citizens. We need to continue to find more opportunities to strengthen and demonstrate that solidarity, integration and cohesion. If we can demonstrate that successfully, our communities can live in hope, not fear.

CLGF is proud to announce the formal launch of the Call to Action on Sustainable Urbanisation on 2 February.
© CLGF 2021 : Privacy Policy