Announcing the death of Dave Cull 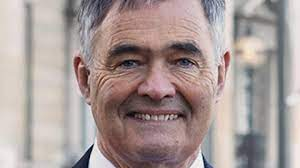 It is with great sadness that we announce the death of Dave Cull, earlier today, following a short illness.

As well as serving as Mayor of his local community, Dunedin City, he is a former President of LGNZ (the national local government association for New Zealand). Most importantly to the CLGF family, he was a valued and highly respected former Vice-Chair Person and Board Member of the Commonwealth Local Government Forum.

Current LGNZ President, Stuart Crosby, applauded his great ability to communicate, developed over a varied life as a carpenter, TV presenter, author, speaker and elected member. He said: “Part of his legacy as LGNZ President will be the way he drove our climate change portfolio, and the need for urgency in how we address it.  Serving under him as LGNZ Vice-President was an honour.”

CLGF Secretary-General, Lucy Slack said: “Dave Cull was a great champion of local government and, as our Vice-Chair, he generously shared his knowledge and experience with Commonwealth counterparts to strengthen local leadership across the Commonwealth. He was also a very decent and generous friend to CLGF and he will be missed.”

Mentoring as a gender equality tool

Welcome to the Month of Monitoring! #ComWLG

CLGF is launching the Month of Mentoring on 1st August and it will run throughout the month.

Jamaica: keeping up with the SDGs

Jamaica is pursuing a very systematic approach to monitoring the implementation of the Sustainable Development Goals (SDGs) at local government level.