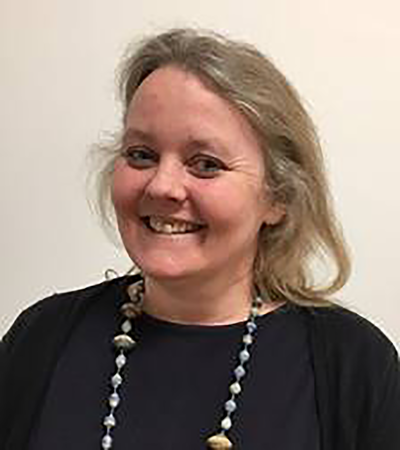 The Board of the Commonwealth Local Government Forum (CLGF) is delighted to announce the appointment of Ms Lucy Slack to the post of Secretary-General of the CLGF. This comes after a six month period serving as Acting Secretary-General, following the departure of Dr Greg Munro, earlier in 2021, to take up a new post.

Ms. Slack joined the CLGF in 1996 as a Project Officer from the Local Government International Bureau (LGIB) and was appointed to the post of Deputy Secretary-General in 2010. During this time, she has successfully bid for, and negotiated multi-million-pound grants for CLGF’s programmes from the UK Government, the European Commission, the New Zealand and Australian Governments and the United Nations in the main. She has developed, managed, and effectively delivered multi-country pan-Commonwealth, regional and national level programmes in the Caribbean, Pacific, Africa, and Asia. Her work supporting CLGF’s policy and advocacy agenda has also seen her shape CLGF’s pan-Commonwealth conference programmes, identifying, and briefing high level speakers, including heads of government, and leading staff teams during these events.

She is well known within the global development community, having worked closely with senior local and national government politicians and practitioners from across the Commonwealth and has addressed many high-level events. A Trustee with Raleigh International, she is also a non-executive Director with the Local Government Information Unit (LGIU).

CLGF Chairperson, Rev Mpho MW Moruakgomo said: “I am delighted to confirm Lucy’s role in providing stewardship of CLGF. She not only has the knowledge, capabilities and personal skills to lead the organisation, but also an in-depth knowledge of CLGF’s history, members and the key issues affecting local government in the Commonwealth.”

CLGF Patron and former NZ Prime Minister, Hon Helen Clark, said: “Having worked with Lucy over a number of years, I know she will be extremely effective in the role and, having been present at the launch of the Commonwealth Women in Local Government Network in 2017, I particularly welcome the appointment of a woman to this important and senior role.”

CLGF Honorary Treasurer, Mr Simon Baker, said: “She has the ability to handle both strategic, political issues and the hands-on demands of managing the resources of the organisation to maximum effect. I look forward to the continued success of CLGF.”

Ms Slack said: “It is a great honour to lead an organisation that I have been a part of for many years, and I welcome the challenge of working with Commonwealth local government on post-pandemic recovery, climate preparedness and resilience building, and rapid urbanisation, to name but a few of the issues we are grappling. I firmly believe in the role of local government and the importance of local democracy in supporting equitable development, and that ‘together we are stronger’.”

We all wish her well and look forward to achieving further success in the future.