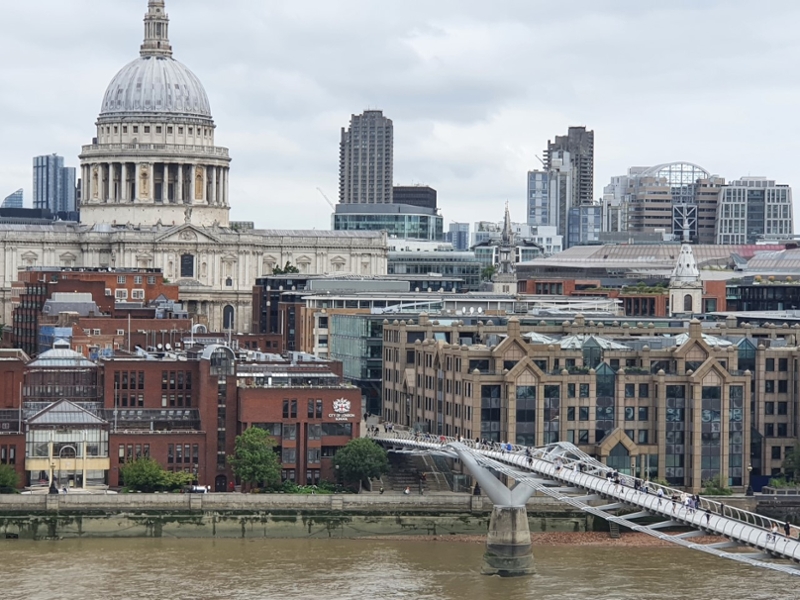 As we approach October and the next round of the Bloomberg Cities Challenge, we take a closer look at the proposals from the thirteen Commonwealth cities, who were among 50 Champion Cities selected. They will all resubmit an improved version of their applications and, at the end of 2021, 15 of the 50 will become Grand Prize Winners and each receive $1M to bring their ideas to life.

The thirteen Commonwealth cities were selected from over six hundred applications  by a committee of global experts to be part of the Bloomberg Philanthrophies 50 Champion Cities 2021. They represent the boldest urban innovations of the past year and this year's Challenge focuses on the most important innovations generated in response to the global COVID-19 pandemic. A highly competitive applicant pool, 631 cities in 99 countries submitted their best ideas for consideration; twice as many as in the last Mayors' Challenge held in 2018.

Selection was made according to the four criteria of:

The projects are listed below and read more on the Bloomberg website.

To reach net-zero greenhouse-gas emissions by 2050, while meeting the needs of a rapidly growing city, Auckland is proposing a new tool to measure the carbon footprint of new infrastructure projects. This will allow ambitious climate goals to be met and development to continue.

Cape Town is facing a hunger crisis, exacerbated by the pandemic. The city has quickly leveraged existing networks of small, community-run soup kitchens and is providing new equipment and resources to enable them to reach as many residents as possible and improve food security.

Rapid urbanisation has caused greater Freetown to lose 500,000 trees per year and deforestation has increased the regular risk of flooding and landslides. The city proposes providing communities with monetary incentives to re-plant trees and a tree trading market to fund additional reforestation. Driving community level climate action with multiple benefits.

To tackle the city’s high level of child poverty and the impacts of a climate change, Glasgow is looking to upskill residents—especially those in impoverished areas—with design and innovation skills and link them with industry, business, and academia to launch enterprising solutions to eradicate poverty and address the climate emergency.

Many Kumasi households don't have toilets and residents must resort to poorly maintained public toilets or open defecation. The city will train unemployed youth in new sanitation technologies to produce affordable bio-digesters and container-based toilets for local households. This will produce hygienic and affordable replacements for household toilets and employment opportunities.

London's pandemic response to homelessness provided 10,000 people with emergency accommodation and support, but homelessness and premature deaths are still a problem. The city propose to create ‘turnaround hubs’ to provide holistic assessments and intensive casework to identify best routes off the streets and eventually secure and sustain longer-term housing.

Lusaka's lack of a comprehensive waste-management system has resulted in widespread poor hygiene and illness. The city has developed the Waste2Cash project, which will encourage sustainable waste management by converting the waste into other useable products. This will turn previously mismanaged waste into widely accessible and highly useful assets, while improving health and stimulating the economy.

Meru is able to collect only half of its solid waste, leaving the remainder to litter the city and create unsanitary conditions. The waste is 80% organic, and the city is proposing a bio-waste system of Black Soldier Fly larvae to feed on the organic waste to produce compost, enabling the city to process 60% more waste than they can collect today.

Pune is at the forefront of India's National Smart Cities push and a hub for innovation; it also has one of the country’s highest rates of vehicle ownership, with vehicles contributing nearly 25% of particulate pollution in the city, Pune proposes to increase early adoption of electric vehicles (EVs) by preparing a city EV-readiness plan and establish an EV fund that incentivises use.

In Rourkela, over 700 registered street traders (majority are women) selling fruit and vegetables face a lack of proper storage facilities; 30% of the produce is sold under value or wasted at the end of the day. The city proposes providing women entrepreneurs access to solar-powered, cold-storage units and new electric-vehicle distribution options - reducing food waste and prolonging the window for produce to be sold.

Women in Umuaka face high rates of gender-based violence; compounded by the pandemic, which has disproportionately affected women's participation in employment, increased their care burden, and made it harder to report violence and access support.
The city will develop an app to enable survivors, social workers, and service providers to report gender-based violence, coordinate services and provide microfinance to support economic independence.

Generating 6% of New Zealand's economic output, and with over 75,000 of its residents living or working in areas vulnerable to rising sea levels, Wellington has developed a ‘digital twin’ of the city, combining land, financial, community and infrastructure data in a virtual map of the city. The city will use this twin as a tool to engage residents in climate policy and coordinate community action across Wellington to adapt to climate change.

CLGF wishes ALL the applicants the best of luck with the next stage of the process.