Call to Action for sustainable urbanisation 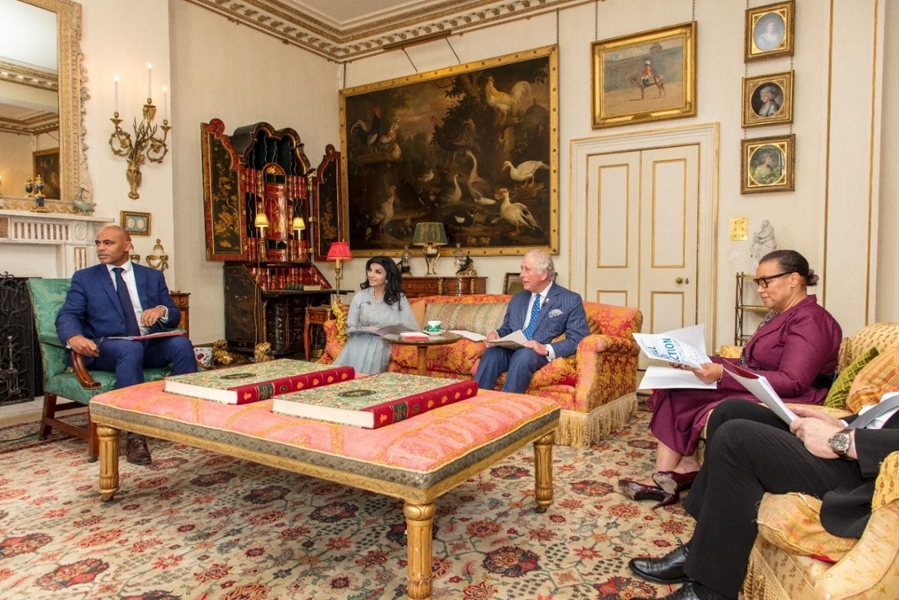 As we mark World Cities Day at COP26, CLGF and partners have chosen this day to highlight the important work they are doing around rapid urbanisation and sustainable development; and to ask Commonwealth cities, local governments and national governments to support the Call to Action.

Over the last two weeks in Glasgow, COP26 - or the Conference of the Parties - has identified the role of cities in mitigating climate action and buildling resilience. CLGF has been concentrating its efforts in the run-up to this event on ensuring that the most crucial issues facing local government across the Commonwealth are highlighted, far and wide.

At a high-level event convened on the eve of COP26 by The Prince’s Foundation, together with our Commonwealth partners, participants considered ways in which the Commonwealth can respond to the ‘triple threat’ of climate change, rapid urbanisation and natural resource depletion, and the need for collaboration if the targets are to be met within the limited time now available.

The discussion centred on the Call to Action on Sustainable Urbanisation across the Commonwealth, a joint initiative of:

in collaboration with the Government of Rwanda and The Prince’s Foundation.

A Call to Action on Sustainable Urbanisation across the Commonwealth: High-level event held on the eve of COP26.

HRH, The Prince of Wales, said: “Sustainable urban development is clearly critical to responding to the climate emergency. The scale of our response needs to be equal to the scale of the challenge we are facing. I sincerely hope the very essence of adding social, environmental and commercial value can help to inspire and guide our actions and responses in the weeks and months ahead. The Commonwealth Call to Action seems to me to provide a really perfect rallying point for Commonwealth member states, central and local governments, civil society, and organisations at all levels, to come together seriously to support and deliver real and transformational change through the way that we plan and manage our cities and human settlements.”

The Call to Action was circulated to Commonwealth Heads of Government in February 2021, highlighting the issues facing the Commonwealth and urging the need for collective inter-disciplinary action to place climate conscious urban planning and management at the heart of the response to climate change. The Commonwealth, with its many shared systems and structures, has the opportunity to lead and model collaborative, inclusive and effective action on sustainable urbanisation, which will be a key priority for CHOGM in Kigali in 2022.

Cities already consume more than two thirds of the world’s energy and account for more than 70% of all carbon emissions. From 2015 to 2050, the world’s urban population is expected to almost double, and based on current trends of urban sprawl and unplanned settlements, could mean a tripling of the urban land mass, crushing often fragile eco-systems in the process. Almost 50% of that global urban growth is projected to be in the Commonwealth – well over 1bn more people living in Commonwealth cities in the next 30 years. This will see increasing pressures on coastal cities, cities in small island developing states and indeed secondary cities, many of which are particularly vulnerable to natural disasters and have limited access to resources for sustainable development; with a staggering 95% of the new urban growth expected to be in Asia and Africa.

Marvin Rees, the Mayor of Bristol and Board Member of CLGF who moderated the discussion, said: “It is critical that we work together across all levels of government and with civil society, the private sector and academia to make our cities and towns liveable for all. Mayors have a critical leadership role in ensuring the voices of cities are heard at an international and national level. We must all understand the threat climate change poses to our cities, the critical role sustainable urbanisation can play in building resilience and reducing global carbon emissions and we must commit the global finance needed to provide the infrastructure that is needed to decarbonise. Cities and national governments need to be working more closely along with the finance sector to ensure that we can deliver on our carbon reduction commitments and the SDGs. The Commonwealth and the Call to Action offer an opportunity to get in place the governance and finance we need.”

Rwandan Environment Minister, Dr Jeanne d’Arc Mujawamariya, said: “Rwanda’s engagement with sustainable urbanisation, and its support for the Call to Action, is fetched from the Rwanda’s Vision 2050, that prioritises sustainable and green urbanisation with the aim to achieve low-carbon development. Urbanisation must also be inclusive, with particular emphasis on gender and social protection. Rwanda’s strategic direction underscores sustainable urbanisation for the benefit of Commonwealth countries, which call for concerted effort and ambitious action.”

Recognising the need for a collective response and the potential for the Commonwealth to develop solutions that are both scalable and replicable, the Call to Action was developed by the partners to achieve three main objectives:

Lucy Slack, Secretary-General of the Commonwealth Local Government Forum, said: “With nearly 50% of the projected increase in the world’s urban population by 2050 forecast to be in the Commonwealth, as the voice of local government in the Commonwealth, CLGF members believe that there has never been a more important time for members of the Commonwealth network to come together and act together on the issues of rapid urbanisation and climate change, exacerbated in the context of a global pandemic. City governments and local leaders play a pivotal role in building safe, healthy and sustainable cities and towns for all.”

With one third of the winners coming from the Commonwealth, CLGF is delighted at today's announcement by Bloomberg Philanthropies of the 15 successful cities of the Global Mayors City C ...

Together we are stronger!

Wishing you, our members and partners, a very happy New Year.