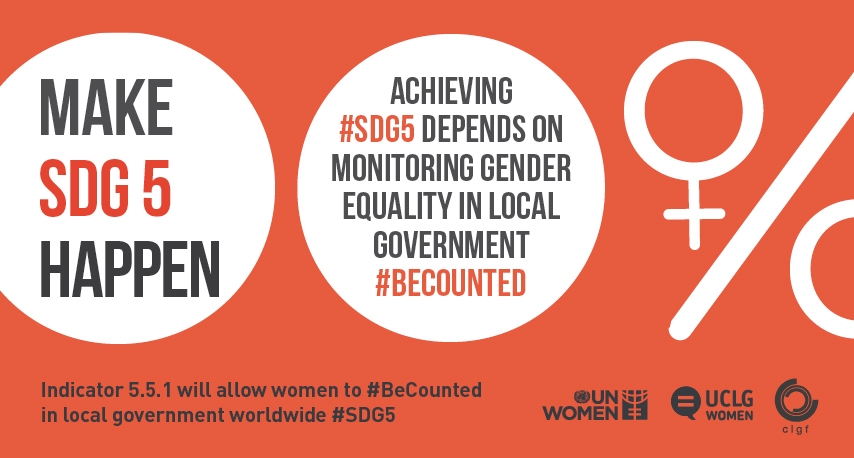 CLGF is supporting the #BECOUNTED campaign to see an increase in locally elected women which is being launched today, 8 March, International Women’s Day 2017.

CLGF is partnering with United Cities and Local Government (UCLG) and UN Women to underline the importance of increasing the proportion of women in locally elected office as part of the global commitment set out in Sustainable Development Goal 5 on gender equality and women’s empowerment.

Women’s local representation varies considerably around the Commonwealth – recent data shows that Lesotho has the highest proportion of local women representatives (49%); eleven countries have more than one third locally elected women while twelve have less than ten per cent women’s representation locally.

However, the lack of reliable comparable data on women’s representation in local government across the globe is making it difficult to track progress in achieving SDG 5.5.1 on women’s representation in local government.. A delegation of local elected women will be going to the next UN Commission on the Status of Women on 14 March to call for a common framework and consensus for collecting data for SDG 5.5.1.

“When women have access to political office and are elected we know they make a difference to the lives of their communities; this indicator is very important to ensure that we encourage more participation in the political process by women and that we leave no one behind,” said CLGF Deputy Secretary-General Lucy Slack speaking on International Women’s Day 2017.