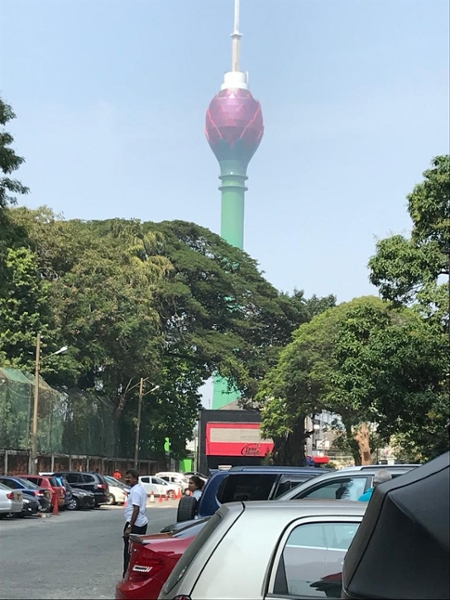 As the pandemic has taken hold and changed the way in which we all work, CLGF has been meeting with our members on a regional basis. As well as an opportunity to maintain contact, and discuss how individual local governments, countries and regions are faring, it also allowed us to take stock of some of the ‘local’ work and activities by CLGF.

In 2017, CLGF signed a contract with DFID for a three-year programme on Reducing poverty through Local Economic Development in the Commonwealth; and projects are currently underway in India and Sri Lanka.

Giving LED and entrepreneurs a boost

In India, CLGF’s focus is on increasing awareness of the potential of Local Economic Development (LED) as an approach to integrated local development and has resulted in an improved environment for doing business locally. The programme in Madhya Pradesh specifically focuses on supporting local entrepreneurship by working with smart cities and their incubation centres, as well as with the Madhya Pradesh State rural livelihood mission. Strategic support for entrepreneurship development is also provided, focusing on an LED approach. Training modules on LED and micro-enterprise development have been developed and delivered; and technical and small grant support given to smart city incubation centres.

During COVID-19, India was on lockdown from 23 March until 31 May 2020 and Madhya Pradesh was one of the most badly affected state. With this in mind, CLGF and partners undertook a number of initiatives. The online platform, Start-up Pathshala, was created for one-month orientation and training on start-ups, with over 10,000 people already having registered to take part. Enabling grants for JIC start-ups have allowed the present incubates to come up with innovative ideas to help the city and district administration to address the challenges posed by the pandemic: ranging from online grocery ordering, developing automatic sanitizing dispensers, sanitisation devices, hygiene enforcement kiosks. A Compendium of Government Provisions for Entrepreneur and Start-up is being developed in the local/National language (Hindi) covering all government provisions for entrepreneur and start up.

During COVID-19 the country was under Police Curfew from March 20 to May 10 2020. Despite the challenges, it has still been possible for the project office to undertake a number of important tasks: reviewing the outcomes of the project baseline surveys of six councils, including the Business Enabling Environment survey; discussing and reaching consensus with two pilot councils on relaxing the terms on the monthly rental agreement for 30 women from the informal sector, leasing boutique spaces; together with a series of bankable projects, including progressing plans with two pilot councils on the creation of a small industrial park and a market complex.

Following the last Commonwealth Heads of Government Meeting (CHOGM), CLGF, in conjunction with the Westminster Foundation for Democracy, embarked on a two-year project entitled the Commonwealth Partnership for Democracy (CP4D). Women As Local Legislators or WALL, looked at increasing the political participation of women in local elections in the Indian State of Maharastra and providing good practice and concrete methodologies and learning, which could be scaled-up to a cross-State and national level. The project worked with 1005 women, across 100 villages, in 20 districts of Maharashtra to build the capacity of women to take part in local elections. This involved providing training on manifesto development, running of election campaigns, understanding the functions of local government and local government budget literacy. Five hundred of the women who took part subsequently committed to running in the upcoming elections. With significant political buy-in from the State Election Commission, this important body has further committed additional support to elected women, such as ensuring they receive the councillor allowance, which supports attendance at council meetings. The State Election Commission has also committed to integrating the project’s training materials and methodologies into a permanent programme.

Funded by the European Commission, CLGF is running a three-year project in four provinces of Pakistan (Baluchistan, KPK, Sindh and Punjab) to strengthen the associations of local authorities (ALAs) to support and enhance the contribution of local governments to governance and development in Pakistan; and to improve the role of Women As Local Legislators. The key achievements so far include: establishing an office, coordinator and a board of governors for four Local Council Associations (LCA) and one Association for Development and Local Governance (ADLG); the restructuring of the LCAs and ADLG, and election of executive committees, and a Constitutions for all the LCAs, developed and reviewed by the respective executive committees; the development of strategic plans and different operational policies for the LCAs; a national conference organised in January 2019 with more than 400 local government representatives, legislators and policy makers from across the country; all
four LCAs and the ADLG have regularly updated websites, and Facebook and Twitter accounts.

Pilot projects are underway to trial the Territorial Approach to Local Development (TALD) in KPK and Punjab, while Sindh and Baluchistan will follow.

The CLGF Asia region has also been active on the international stage, participating in the Asia regional meeting of the European Commission’s Policy Forum on Development in Kathmandu in September 2019; as well as the Seventh Asia-Pacific Urban Forum (APUF-7) in October 2019 in Penang, Malaysia, with the focus on achieving a sustainable future.

An active and rewarding period for the Asia region, with hopefully even more achievements to come.