Commonwealth communities at the heart of climate action 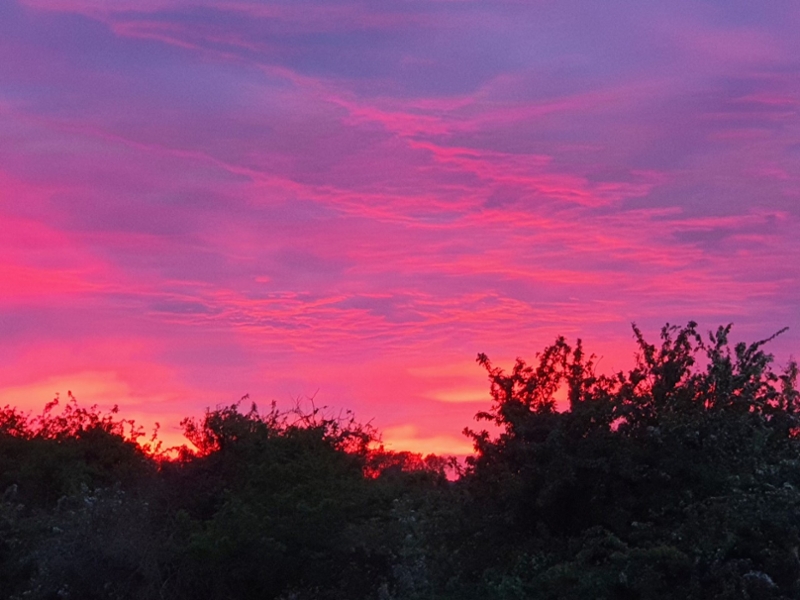 Climate change is one of the most serious issues facing the planet, and nowhere more so than in the Small Island Developing States (SIDS) of the Commonwealth.

In the approach to November’s COP26 - the United Nations Climate Change Conference taking place in Glasgow - CLGF took part in a webinar organised by the Commonwealth Foundation, to look at the serious threats to the livelihoods of small island populations and the citizens who live on the frontline of global warming.

Dessima Williams, a Grenadian diplomat, who served as Ambassador to the United Nations and works in her own country to highlight the challenges of Small Island Developing States (SIDS), began the discussion. She talked about the historical injustice for SIDS, namely that they have contributed least to the problem, but are impacted the most. There must be a greater focus on finance, with a call for a billion-dollar fund per year to fund locally-led adaptation initiatives, used to reduce health impacts, such as mosquito-borne or water-borne diseases, as well as food insecurity.

She called for a scaling up of resources, whether through a Green Climate Fund or bilateral or multilateral support; and widely distributed, through governments. She said that civil society organisations, as well as private sector players, must get involved in calling for the financing, and ensuring effective implementation with impact on the ground, where climate disasters occur. An ecosystem-based approach to climate change adaption, particularly around the SDGs, is vital.

Ralph Regenvanu, a member of the Vanuatu Parliament since 2008 and current Leader of the Opposition, explained that the Pacific island states have been at the fore of pushing for greater action on reducing climate injustice, reducing carbon emissions, and tackling climate change, because they are some of the most vulnerable nations in the world. He talked about the scale of commitments made at Paris that are not being honoured: emissions reduction, and the lack of substantial assistance from the Green Climate Fund in the form of compensation for loss and damage. He suggested that a Climate Damages Tax could be placed on the corporations that are generating billions of dollars of profit each year from fossil fuels, to pay for the financial costs of loss and damage; and stressed the need for political will to make this happen.

The Commonwealth’s diverse membership means there are differing interests regarding the climate and, in somewhere like Vanuatu, it can be difficult to bring climate justice to the domestic political agenda. He suggested that developing countries must stop participating in activities that resist real climate action, such as building and opening coal mines, power plants, and oil pipelines. He called for a stop to carbon extraction from the land and seas and a commitment to this goal. He also said that The Commonwealth must bridge internal divides between different member state interests to find common positions for COP26 and future climate negotiations.

Providing a youth perspective, Angelique Pouponneau is a Seychellois lawyer and environmentalist; she became the CEO of Seychelles’ Conservation and Climate Adaptation Trust in 2018 and co-founded a youth-led NGO which focuses on climate change and sustainable development at the grassroots level. She reported that a major concern for young people is the failure to include them in decision-making processes that will have long-term implications for them. Income categorisation is also an issue with the Seychelles deemed a high-income country, despite having access to concessionary finance and receiving grants to support its development. She said that because climate finance often comes with terms and conditions, this can force SIDS to act from a position of desperation rather than from a position of fairness and meaningful partnership.

The climate crisis is a humanitarian issue because of the disasters that follow, and she suggested that advanced economies shouldn’t wait for disasters to impact them, but must act now. The Commonwealth voice is extremely important at the climate table is very important because of the high proportion of SIDS amongst its membership. Some of the most successful climate initiatives go beyond typical regional blocks as pushing an agenda can be more important than geography. She also called for climate finance to be a top priority for demands to be made at COP. The Paris rulebook must be completed. COVID-19 responses have shown that states do have the capacity to take the comprehensive reforms necessary for climate justice. The needs of citizens should be lost in the negotiations and they should cast their votes, based on the climate decisions that their government takes – although this rarely happens.

Richard Kozul-Wright, Director of the Globalisation and Development Strategies Division in the United Nations Conference on Trade and Development (UNCTAD) said that the development challenges can only be solved at the global level. A multilateral system that can push for co-operation and co-ordination, particularly in relation to finance and technology transfer. Within such a system, the onus must be on the advanced economies whose wealth has depended critically on centuries of carbon led growth. Extreme weather events have hit advanced economies and this has put the issue of adaptation firmly on the agenda. Unless there is serious debt cancellation, it will be very difficult for not only island economies, but many developing countries to mobilise the kind of resources needed for the investments to deal with both the climate and the adaptation problem. South-South cooperation is important to enable us to act collectively, and is now rising with new South-South financial institutions and developing countries sharing policy lessons and experiences. The Global Green New Deal is the movement to rebuild states that engage with citizens, build the levels of trust required for collective and large-scale action, and have the tools at their disposal to deliver on these promises.

He closed by repeating what the previous speakers had stressed, that climate justice requires more productive investment in mitigation and adaptation; and more South-South cooperation will provide an alternative to traditional multilateral financial institutions.

The political and technical challenges ahead are daunting, and countries must affirm the commitments already made under the Paris Agreement. Collaboration on both adaptation and mitigation must be accelerated. CLGF Secretary-General, Ms Lucy Slack, said: “local government is already looking to building in resilience to future planning; building back, but also building better to withstand some of the impact. CLGF will host a side event at COP26 emphasising the need for local government to be at the heart of planning and decision making on climate mitigation, because it is the people and communities who stand to lose the most .”