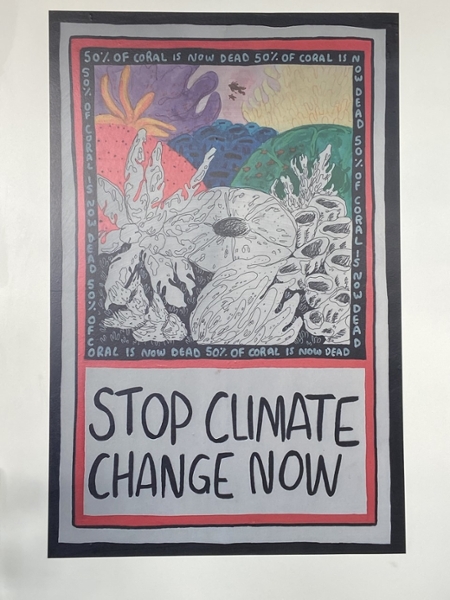 One of the closing statements on the final day of the 26th Conference of the Parties (COP26) was delivered by the Secretary-General of the Rwanda Local Association of Local Government (RALGA) and CLGF member, Mr Ladislas Ngendahimana.

This COP, held in Glasgow, had a greater local government and cities presence, and they worked hard to ensure that the importance of cities and local government in addressing climate change – which was very much the aim of CLGF’s advocacy work - was highlighted and reflected in the final outcomes.

Speaking on behalf of the Local Government and Municipal Authorities Constituency (LGMA) – part of the Global Task Force of Local and Regional Governments (GTF), Mr Ngendahimana said that the LGMA welcomed the outcomes of COP26 – particularly the new references to multilevel and cooperative action, Local and regional governments and constituencies, as well as the Glasgow Climate Pact. The LGMA is ready to support implementation in order to accelerate ambitious action to respond to the climate emergency and deliver the Paris agreement; however, he expressed the LGMA’s disappointment and concern that COP26 did not result in a meaningful outcome on loss and damage.

Priorities for COP27 in Egypt

With COP27 taking place in Africa, the youngest and the most urbanising continent, it should consider the aspects of demographic dividend, sustainable urbanisation and adaptation to focus on the role of cities in climate change and how they can finance their green plans.

Mr Ngendahimana described how Rwanda has promoted investments in green economies, green infrastructure and green local governments plans with equitable sharing of the limited resources for climate finance. The elaboration of the submitted Nationally Determined Contributions has been participatory and the process has allowed them to be localised, along with the UN Sustainable Development Goals. He emphasised that the LGMA in Africa and the Global South are committed to this, however, to make this possible, he said there is a need for partnerships and investments from the Global North. He concluded by stressing that climate change is a shared responsibility.

CLGF Secretary-General, Ms Lucy Slack, welcomed these remarks and said: “This very much echoes the conclusions of CLGF’s session on informality and climate justice at the start of COP. In addition to recognising the importance of action at the local level, the overriding priority is that finance be leveraged and accessible at the local level; national and local governments must work more collaboratively and with local communities to define action and that decisions are based on empirical research and local data.

The Global Taskforce of Local and Regional Governments

CLGF is one of the founding members of the Global Taskforce of Local and Regional Governments (GTF). This is a coordination mechanism that brings together the major international networks of local governments to undertake joint advocacy relating to international policy processes, particularly the 2030 Agenda for Sustainable Development and the Sustainable Development Goals, the Paris Agreement on Climate Change and the New Urban Agenda.