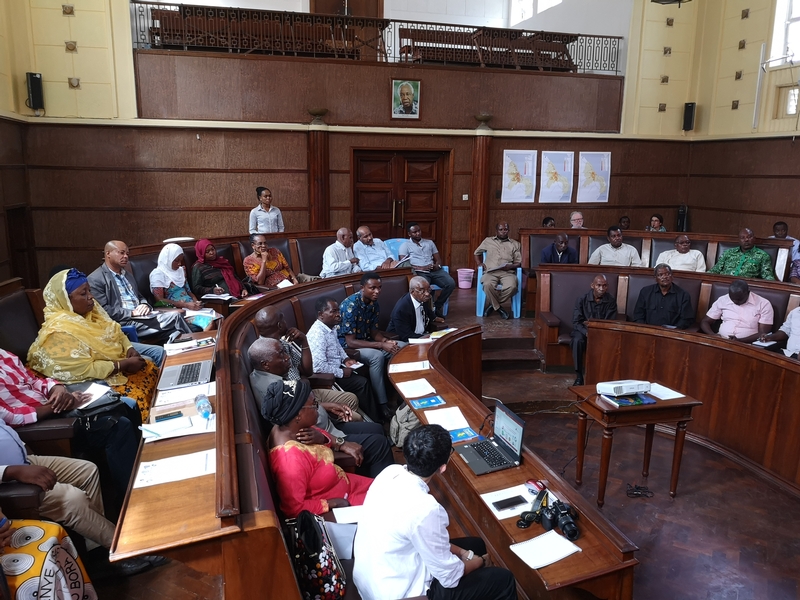 As part of a project on inclusive urbanisation in East Africa, CLGF joined with partners this February to share the preliminary findings of research carried out over the last year. The meeting held in Karimjee Hall, Dar es Salaam revealed mapping of access, utility and expansion, which aims to stimulate a policy debate to foster more inclusive and welfare-enhancing urban transition in the cities of Dar es Salaam, Mwanza and Khartoum.

CLGF, as an impact partner, is able to draw on its expertise in policy engagement on local governance issues. While much of the work comes under the Ministry of Land, representatives of local councils, wards and Mtaa (neighbourhoods/ streets) also have an important role to play in the research.

A policy practitioner from one of CLGF’s member organisations, the Association of Local Authorities Tanzania, took part in the meeting, and close contact is being maintained with the Ministry of Territorial Administration and Local Government (MTALG) regarding the policy updates. As well as tracking the continued policy engagement alongside research findings, other tangible outputs are the GPS maps, which include expansion, roads, water, sanitation, accessibility etc.

This is one of four research programmes funded by the DFID East Africa Research Fund to inform their urban strategies in East African cities. The project is led by the Institute of Development Studies, Sussex University, in partnership with the Ardhi University and Centre for Community Initiatives (CCI) in Dar es Salaam. CCI supports the Forum for the Urban Poor and is the national affiliated member of the global Slum Dwellers International (SDI), which specialises in supporting the voice of slum residents (owners and tenants), especially in areas such as tenure, water and sanitation.

A conference for all four research programmes is being planned to take place in the region later in the year to inform policy discussion in all the East African countries, including Kenya, Tanzania and Uganda, together with Ethiopia, Somaliland and Sudan. The project is revealing very interesting information and will be shared with the East Africa Local Government Forum (EALGF) on this.