Women in leadership: beyond numbers 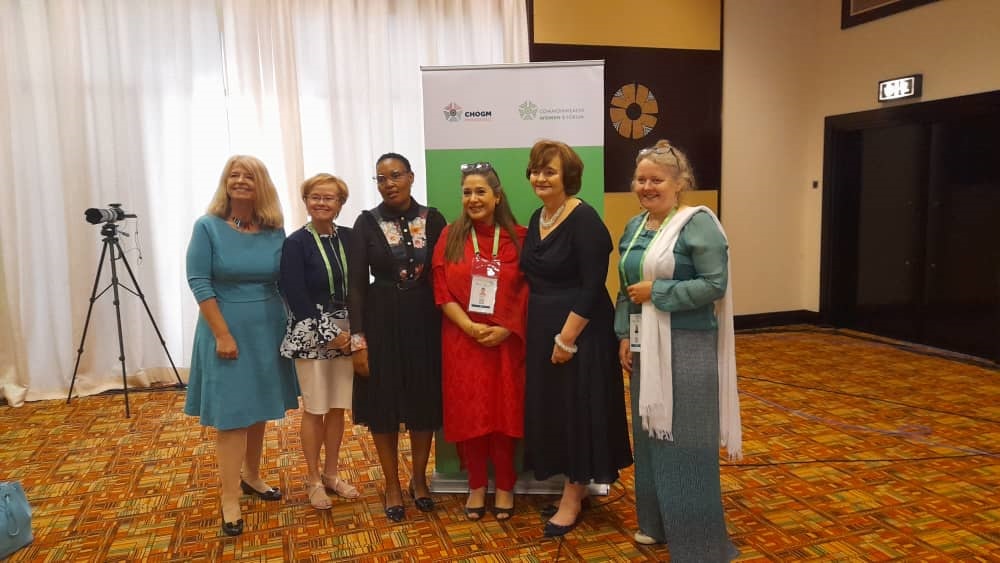 The Commonwealth Heads of Government Meeting - or CHOGM - provided a great opportunity for CLGF members to promote the progress that has been made in empowering women to take part in local government politics.

Representation at all levels

In addition to the main meeting, CHOGM holds various Side Events and Commonwealth Forums, including the Women’s Forum. CLGF partnered with the Commonwealth Secretariat at this year's CHOGM, held in Kigali, Rwanda at the end of June, to deliver the Women’s Forum. This event sought to emphasise the importance of gender parity and empowerment, particularly highlighting the need to ensure that there are more women in leadership in all sectors, and at all levels. This provided the perfect setting to promote the work of CLGF's Commonwealth Women in Local Government Network and explain the progress made to date.

Several members of the CLGF delegation attended the Women’s Forum with Secretary-General Lucy Slack moderating a panel discussion on Women in Leadership: beyond numbers.

The session, which was well attended and very participatory, included: Hon Shandana Gulzar Khan, Member of the National Assembly of Pakistan and Chairperson of the Commonwealth Women Parliamentarians; Rt Hon. Harriett Baldwin MP, Member of the United Kingdom House of Commons and Global Co-Chair of the International Parliamentary Network for Education; Mrs. Cherie Blair CBE, QC, Founder and Chair of Omnia Strategy LLP, and Founder of the Foundation for Women; and Thembisile Nkandimeng, COGTA, South Africa and Chairperson of the Commonwealth Women in Local Government Network.

The outcomes of the Women’s Forum are detailed in this document.