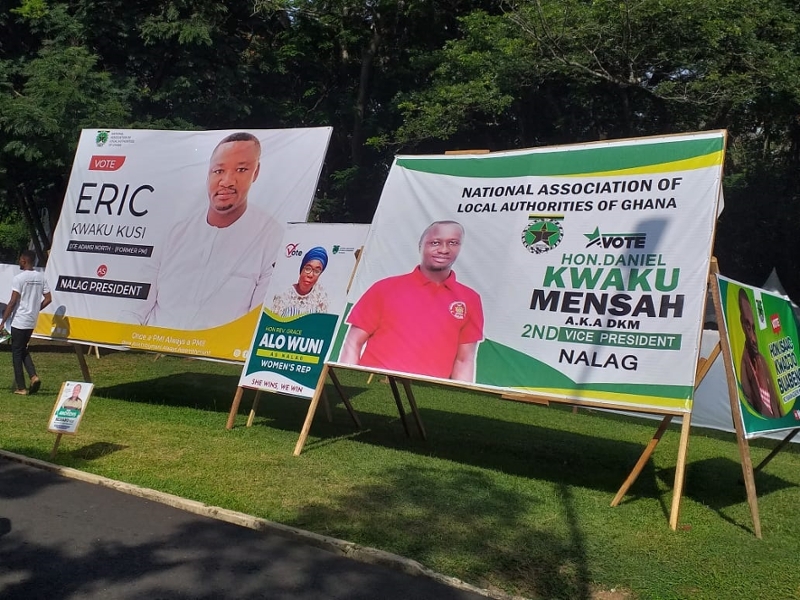 The National Association of Local Authorities of Ghana – NALAG - has elected a new council to steer its affairs for the next two years, together with a new president at its recent major conference.

The theme of the twenty-first biennial conference was Building the Future Together; The New Role of Local Authorities.  Held at the Kwame Nkrumah University of Science and Technology in Kumasi from 31 May to 3 June 2022, the official opening was provided by the Vice President of the Republic of Ghana, H.E. Dr Alhaji Mahamudu Bawumia,

NALAG’s new President is Hon. Eric Nana Agyemang-Prempeh, an Assembly Member for Ahafo Ano North Municipal Assembly.  Discussing the new role of the Metropolitan, Municipal and Districts Assemblies (MMDAs) in building the future together, presentations were made on the topics such as:

With a final presentation on compiling administrative data for local level decisions, based on the project delivered by CLGF in partnership with the Ghana Statistical Service, United Nations Development Programme (UNDP), the German Development Cooperation (GIZ) and other government institutions to strengthen monitoring and evaluation for effective reporting at the MMDA level.

CLGF’s West Africa Regional Programme Officer, Ms Joyce Ekuful, represented the organisation at the conference, delivering a message of solidarity on behalf of the Secretary General, Ms Lucy Slack. The comments highlighted the strong relationship that exists between CLGF and NALAG and the projects that the two organisations have collaboratively implemented and delivered in the past few years.

In line with its practices, NALAG elected a new council to steer its affairs for the next two years, with Hon. Eric Nana Agyemang- Prempeh, an Assembly Member for Ahafo Ano North Municipal Assembly emerging as the new President.  CLGF looks forward to working with the new council.