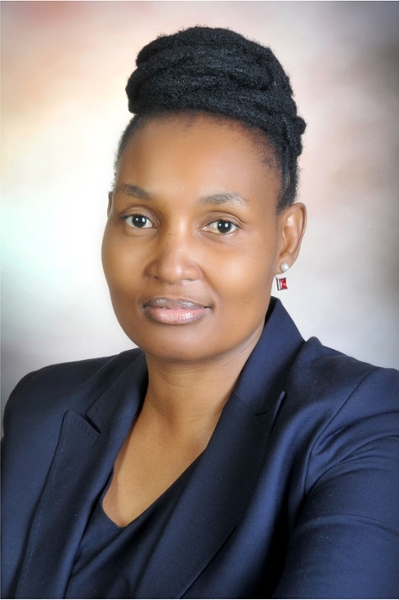 As we mark International Women’s Day 2021, we celebrate the enormous contribution of women in local government throughout the Commonwealth.

In 2017, CLGF launched a network to help women play a greater role in politics at the local level. It is clear that, when women are involved in planning and decision-making, the benefits are far greater for communities and the economy. We speak to the first Chair Person of the Steering Group for the Commonwealth Women in Local Government network (ComWLG), to find out about her experiences and the ambitions of the network.

Ms Thembi Nkadimeng, who is also President of the South Africa Local Government Association (SALGA), recalled her mother's experiences when she served as a councillor. Women, at that time, had to blaze their own trail and this is the foundation on which today's women are building.

Functioning as an umbrella body, ComWLG supports local chapters of the network that are being formed in different countries of the Commonwealth. Ms Nkadimeng believes the importance of ComWLG lies in the platform it creates for women to exchange their views on development, and to showcase the ways in which they are increasing the voice of women in local politics across the 54 countries.

Ms Nkadimeng believes that the development agenda is driven by men, and is not yet sensitive enough to the needs and aspirations of women. She said: “As women, we need to pull together to be a strong force to face what is coming against us”, advocating the need to educate the world, that women are already at the table and want the space to serve.

Representational quotas in South Africa, currently set at 30% - but not completely achieved, are seen by Ms Nkadimeng as a starting point. Once the quotas are met, the emphasis should be on how to support, equip and develop women further, with strong capacity building programmes, creating room for more women to move to an even higher quota. Quotas are being adhered to at all levels, including local government. She calls for support systems to be intensified to ensure that all those women who have come through the quotas, don’t fall through the cracks. They need to be asked what they need in order to do a better job.

Ms Nkadimeng believes that the ComWLG can help women to find a voice and use it to overcome the lack of support and development to establish an empowering and accommodating environment for women to stand and serve as politicians.

Some of the concerns of the Chair Person include the availability of Early Childhood Development centres to give women, particularly single mothers, the much needed support mechanisms. Something as simple as designated parking for pregnant women to attend antenatal classes.

She explained that an estimated 60% of children in South Africa are raised by single women, and it is their leadership skills and experience in the home that need to be used in a professional capacity. With the many demands on working mothers, emphasis must be placed on their mental and physical wellbeing to make it possible to enter politics. We need to speak to women and understand their particular needs across the Commonwealth.

ComWLG's Chair Person described how SALGA has a Women's Commission in each province which encourages all women councillors to record their needs; these are, in turn, transferred into a plan which is budgeted for. This has led to a push for more training and gender sensitive budgets. One example is the $16 million raised by the President to start a national, gender-based violence fund.

Ms Nkadimeng also calls for a mind shift in society to recognise that women are more than capable of undertaking a political position in a male dominated domain, and explained that she, herself, had to fight for acceptance. Communities are more ready to accept female leaders when they are confident that women know what they're talking about and can provide solutions.

So much has already been achieved in the 20 short years of local government in South Africa and Ms Nkadimeng said: “I’m hopeful that in 30 years, when we are talking about the SDG goals and the targets of 2030, we will be on track and just need to ensure 100% implementation."

What the future holds

Looking forward, as well as appointing Ms Nkadimeng as Chair Person of the ComWLG Steering Committee, CLGF has just completed a survey of the current systems in place for women in local government, to help inform their forward strategy.

Progress to date includes: the establishment of four national chapters of ComWLG in Eswatini, Lesotho, Zambia and Zimbabwe, including specific strategies to increase the number of women in local government. A 50/50 campaign launched in Zambia and a Gender and Elections Action Plan formulated, outlining roles and responsibilities of stakeholders ahead of the 2021 elections. Young Women in Local Government networks were also launched in Eswatini, Lesotho and Zimbabwe and more than a hundred of their members received training in leadership, as well as mentoring.

The Association of Local Government Authorities of Jamaica (ALGAJ) established the Women in Local Government Network Steering Committee and a monthly publication that forms part of their monthly newsletter.

In Trinidad and Tobago and Belize City, prospective candidate training has been delivered to those seeking election via virtual workshops. And there is much more to look forward to in the ever increasing ComWLG.

The ComWLG Network was established to focus on four main areas: working with existing elected women and prospective politicians; working with political parties and Local Government Associations (LGAs); and working at the Commonwealth and international level. For more detailed information about the work of the network, take a look at our dedicated page.