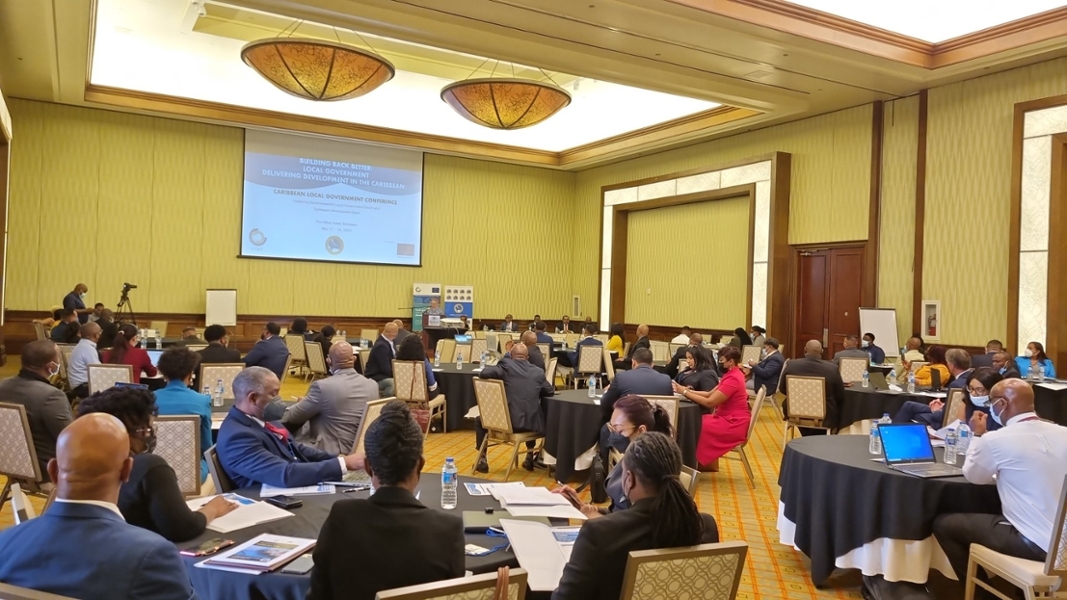 The opening section featured an exciting presentation by the Parliamentary Secretary of the Ministry of People Empowerment and Elder Affairs, Mr Corey Lane, about the Thorne Commission. Acknowledging the potential benefits of local government, the Commission was initiated by the Prime Minister, Hon Mia Amor Mottley QC, shortly after coming to power. The Thorne Commission on Local Governance hosted a series of meetings across Barbados to garner public opinion on the establishment of community-based People’s Assemblies.

This essential consultation took on board views, comments and concerns of stakeholders about electing the assemblies, essential to establish the recommendations for going forward with establishing a local form of governance in Barbados.

Another benefit to creating these assemblies is the potential for engendering trust in the national government by citizens. Following the consideration and compilation of a variety of views, the report has been presented to Cabinet and approved. It is also available to the public via the government website and is now going through a fine tuning process before receiving final approval.

CLGF Secretary-General Ms Lucy Slack continued by welcoming everyone and explained that the meeting would look at how to share and replicate the lessons learned from CLGF’s programme running across the regions from 2019 to 2022; looking at issues around:

She explained that CLGF, while representing local government, was also quite unique in terms of including amongst its members not only councils, cities and associations of local government, but also central government ministries with responsibility for the sector. She said: “In discussing these issues today, we cannot look at them from purely a local or central viewpoint. Cooperation at all levels of government in planning and taking action is required.”

Support from CDB and the EU

She thanked the Caribbean Development Bank (CDB) for co-hosting the event and for the success of the joint project to build the capacity of municipal financial management through customised training for public servants.

The European Union also received praised for their generous support and Ms Slack stressed the potential for the EU to be a strong partner to local government in the region, both in terms of recognising the important political role it plays and also the contribution to delivering development.

The conference included sessions on both the CDB’s project on municipal finance and a presentation by the EU on their territorial approach and methodologdy to development – TALD – and the very specific emphasis on the involvement of local people in deciding on development projects.

Ms Slack thanked everyone for participating in this important event. She said that they had come together after such a damaging period of pandemic, during which time, women and children had been disproportionately affected, and local government had been on the frontline on the onslaught with very limited resources. Facing so many crucial issues, she stressed the need to work in partnership and to craft a long term strategy for the region.