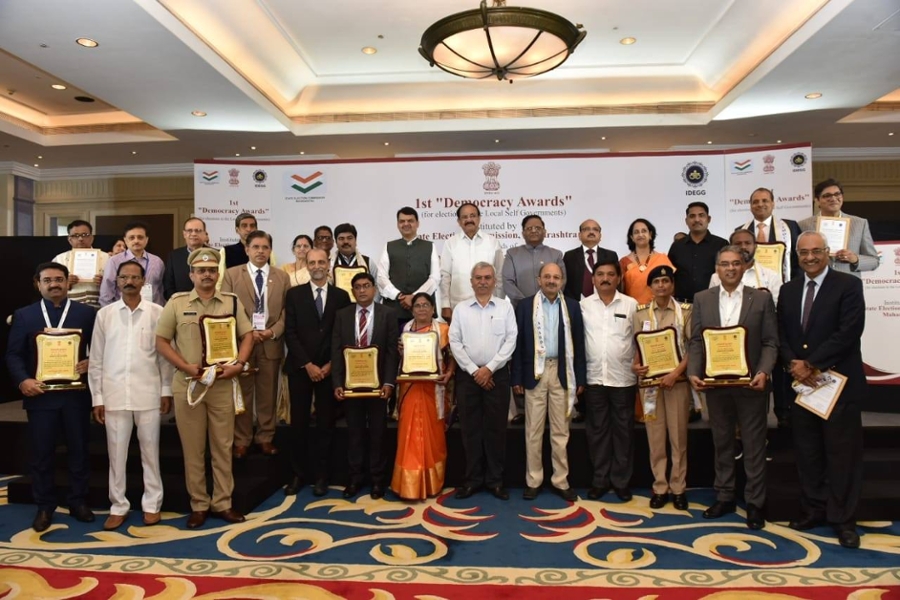 CLGF was pleased to attend the ceremony for the first Awards for Democracy in the State of Maharashtra, and even more delighted when one of the coveted awards went to its partner organisation, the Resource and Support Centre for Development (RSCD).

Organised by the Local Government Electoral Commission for the Indian State, the awards seek to recognise the extraordinary efforts of organisations and individuals to improve democracy by promoting elections and ensuring they are free, fair, smooth and transparent. Prizes were awarded for raising awareness of the importance of taking part in elections and increasing turnout; and for ensuring more information is made available about the candidates by collating and publishing details of education, qualifications, as and any criminal charges.

Breaking down barriers for women

CLGF’s partner organisation won an award because of its work to increase the number of women standing for elections. Through a project funded by the Commonwealth Partnership for Democracy (CP4D) project, CLGF and the RSCD have been collaborating since October 2018 to find ways of breaking down the barriers that prevent women from entering local government and this work will continue until March 2020.

Other awards were made to an organisation working in one of the remotest areas of the state, with a large tribal population and terrorist infiltration. One of the recipients was a woman police constable who worked to ensure that the strict codes were followed to give all candidates a fair chance, despite the area having a strong incumbent majority. Another award recipient was a hotel organisation that offered a 20% discount to people turning out to vote. With elections often taking place either side of a public holiday this incentive made excellent sense.

The awards were presented by Shri M. Venkaiah Naidu, Honourable Vice President of India and, also, former CLGF Board member and took place in Mumbai.

Taking part in the event, CLGF Asia Programme Officer, Ms Anuya Kuwar said: “The event has highlighted the excellent work taking place to promote and enhance democracy in the state. We congratulate our partners, RSCD, on this award and look forward to continuing our very important work linked to Sustainable Development Goal 5 and enabling more women to play a role in the planning and decision-making work of local government.”