Making cities fit for the future 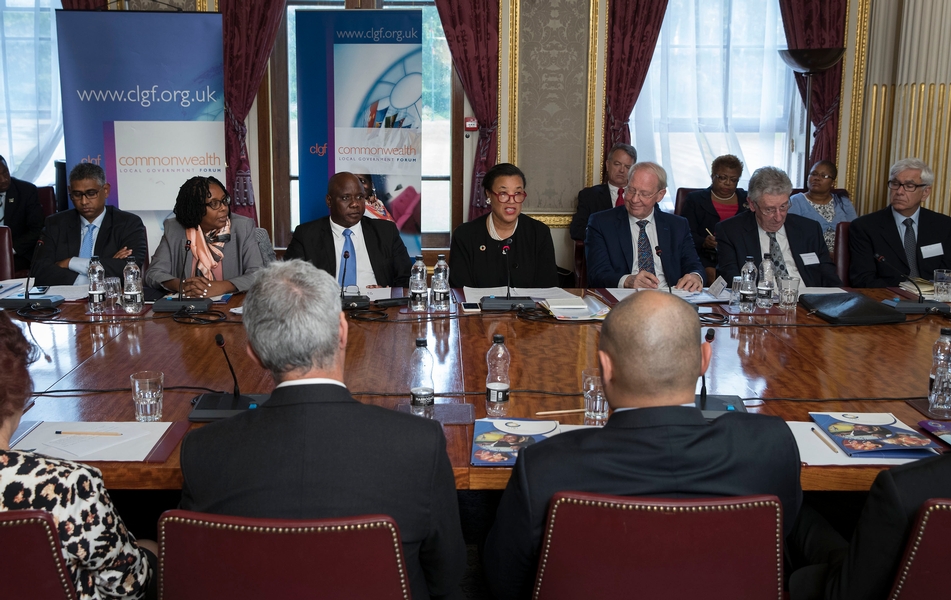 Capable and accountable city governments are needed who can think differently and be innovative to meet the challenges of urbanisation, said delegates at the CLGF Commonwealth Sustainable Cities Network meeting on Successful, safe and sustainable cities: making cities fit for the future on 12-13 July.

They concluded that economic growth must be equitable, cities need to be safe and resilient, and they need to harness new technology to help manage change, and more money needs to be raised for development and responding to urbanisation.

Most Commonwealth countries have faced a very rapid growth in urban populations in recent decades but have not managed to develop the national and local government structures to keep up with this challenge. Projections indicate that in the next 15 years there will be an increase in the urban population in the Commonwealth of some 400 million. Urban municipal and metropolitan governments must be ready to adapt to build resilience against climate change, and play their part in meeting the SDGs.

Those attending had a chance to consider how the new CSCN can develop responses and programmes in key areas such as making cities inclusive, safe and resilient, cities as engines of growth, and centres of finance and innovation, smart cities, sustainable cities, and holistic planning.  They also looked at local government’s role in the New Urban Agenda, being drafted for agreement by the UN in October 2016 which will address some of the issues around implementation and financing of the SDGs. CLGF has been a key part of the Global Task Force of Local and Regional Governments which has been calling for local authorities to have special status at the Habitat III talks and be fully included in the implementation process.

“Cities must be truly inclusive of all their diverse populations and place a strong emphasis on social cohesion and integration, not on gated communities or segregation”, said CLGF Secretary-General Carl Wright speaking at the opening session.

“I hope that the very interesting discussions we had will lead to an on-going programme of exchange and good practice, innovation and technical support to our city members.”

Closing the meeting, CLGF outgoing Chairperson Mayor Lawrence Yule, President, Local Government New Zealand, said:
“We should not underestimate the speed of urbanisation and the change in thinking that is needed to deal with this”.

“We need smart people, not just smart technology to do this,” he said.

The meeting was supported by Microsoft and the issues raised in the discussions will help shape an action plan for the Commonwealth Cities Network to work together as a key vehicle to address some of these issues and informing CLGF’s input into the New Urban Agenda preparations.

Mentoring as a gender equality tool

Welcome to the Month of Monitoring! #ComWLG

CLGF is launching the Month of Mentoring on 1st August and it will run throughout the month.

Jamaica: keeping up with the SDGs

Jamaica is pursuing a very systematic approach to monitoring the implementation of the Sustainable Development Goals (SDGs) at local government level.