Manifesto for a healthy planet 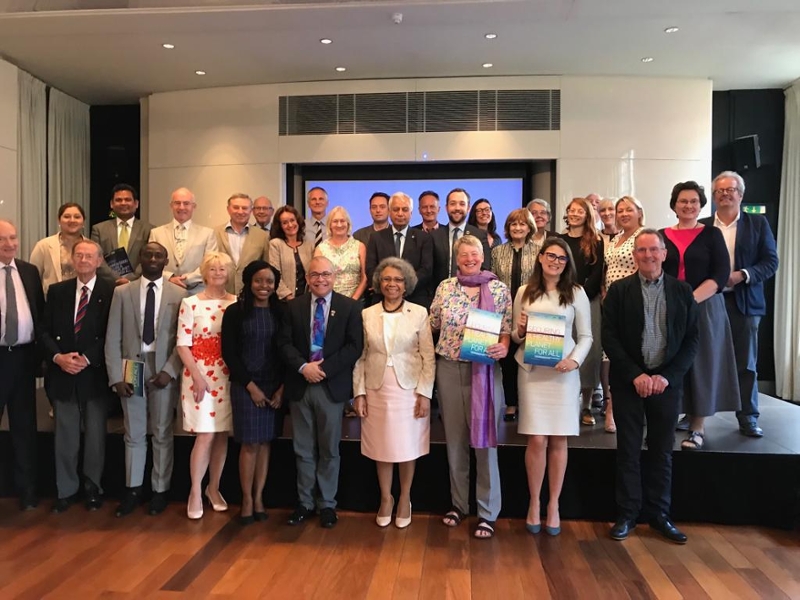 CLGF has joined with a number of key organisations in signing up to the manifesto to secure a healthy planet. The manifesto was launched at a high level event in London at the end of July, which included discussions on emergency response mechanisms to address the climate and environmental crisis.

The manifesto was developed in response to the increasing international and United Nations evidence of the severity of the global climate and environmental crisis. Not Commonwealth specific, this global initiative ideally illustrates the need for a partnership approach to these issues because the environment does not acknowledge land borders.

Health of the planet

This collaborative initiative is being spearheaded by the InterAction Council, led by former Heads of State and Government, co-chaired by HE Bertie Ahern and President Obasanjo, with a mandate to strengthen global security.

Based on the principles of:

the vision of the manifesto is: to secure a healthy planet now and for the well-being of future generations.

Going forward, the manifesto will be presented at a side event of the United Nations Climate Summit. A digital platform is also being established, hosted by Southampton University, for Universal Health Systems for Planet Place and People as a Hub of the Commonwealth Centre for Digital Health; the aim of which is to engage collaborative partners to create a common good for securing a healthy planet for all.

The manifesto will also be profiled at a number of future events, including the One Young World Summit in October in London.

More information about InterAction and the manifesto can be found on the organisation's website.

Image courtesy of the InterAction Council and Helen Corvus.

One of the key achievements of a poverty reduction initiative in South Africa was the mobilisation of almost £800,000 by a local authority from the private sector.