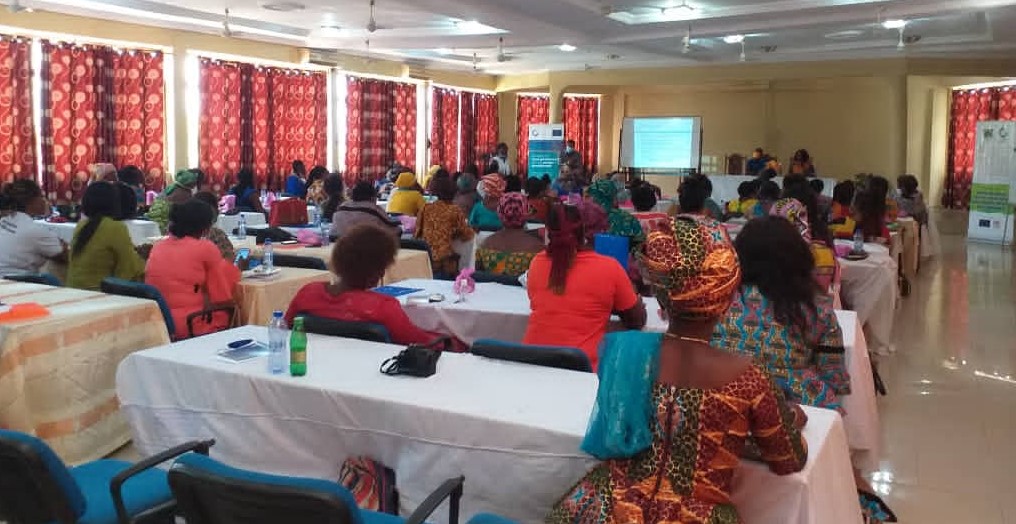 Empowering women to play a full role in community planning and decision-making has never been more important. CLGF was therefore delighted to deliver a capacity-building event for Women Assembly Members in Ghana.

Organised in partnership with the National Association of Local Authorities of Ghana (NALAG) and supported by the UK’s Foreign, Commonwealth and Development Office (FCDO - formerly DFID) and the European Union (EU), the two-day workshop attracted almost 100 women assembly members from four regions in the middle sector of Ghana: Ahafo, Bono, Bono East and Western North.

Taking place in November, in the Ahafo Region of Sunyani,, the workshop aimed to strengthen the capacity of both elected and appointed women assembly members; to improve their leadership, representation and decision-making abilities making them more effective in their roles.

The facilitators, who had both knowledge in, and experience of local governance, took participants through the following five important topics:

CLGF’s West Africa Regional Programme Officer, Ms Joyce Ekuful, thanked NALAG on behalf of CLGF for the excellent collaboration. She used the occasion to introduce the Commonwealth Women in Local Government Network (ComWLG) to participants, explaining the four key focal areas of the network and how the network supported women in the Commonwealth by in country chapters.

Ms Ekuful told them about a CLGF paper on the mentoring of existing and prospective women in local government, due for publication in 2021. She said: “The paper will function as a guideline, providing local government agencies, institutions and actors with a structured framework, tools, appropriate programme modules, case studies and good practice examples, to support the implementation of political mentorship programmes for women across the Commonwealth.”

She called on all women assembly members to sign up to the Facebook page of ComWLG for more interactions on affairs concerning women in local government. In conclusion, and on behalf of CLGF, Ms Ekuful asked all Women Assembly Members to actively and effectively fulfil their leadership and representative roles in the fight against the Covid pandemic.

The event came to a close with the Secretary-General of NALAG thanking CLGF, FCDO and the EU for their invaluable support, stating that the workshop has come at the right time when the women assembly members are still within their first year of operation after their inauguration. He requested that the workshop should be extended to the southern sector of Ghana to enable them to benefit as the northern and middle sectors already had.

Maximising public space in the Caribbean

For communities, having space to function, whether it be for work, official activities, sport or entertainment, has never been so important.