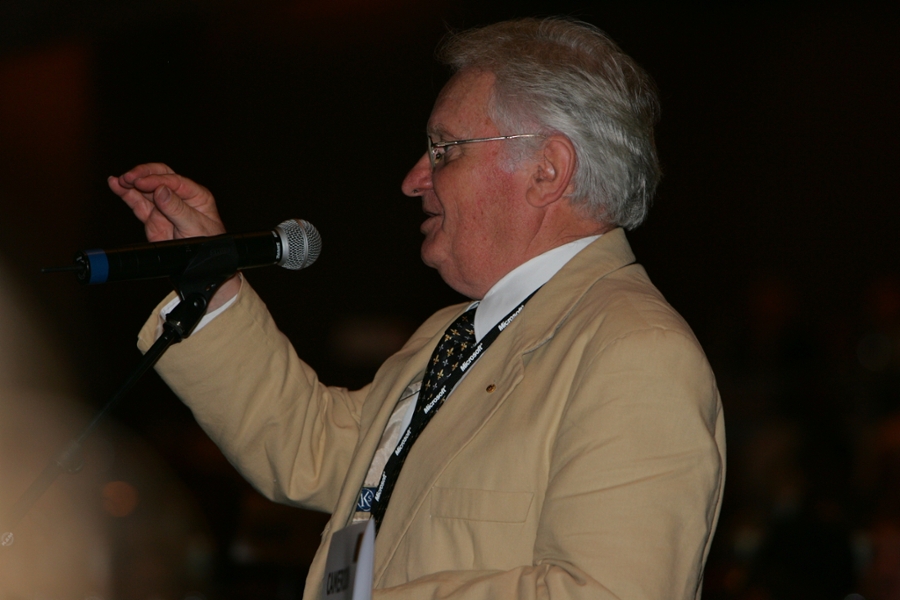 It is with great sadness that we announce the death of Peter Woods OAM. He was a CLGF Board Member for many years. He made a great contribution to our work, but also to forwarding the cause of local government, democracy and good governance on a global basis. He was also a very good friend to those of us who worked with him, a pleasure to know, and he will be very much missed. We have asked CLGF Secretary-General Emeritus, Carl Wright, to provide an obituary on behalf of the organisation.

I first met Peter Woods in 1994-95 when we were in the process of setting up CLGF, to which he gave much support and encouragement, going on to serve on our Board for ten years until 2004. I recall, one of his first assignments on behalf CLGF was in South Africa, to advise the newly established non-racial local governments and it was, in part, this mission which led to the concept of ‘spheres of government’ finding its way into the South African constitution.

Peter was a forceful and, at times, controversial politician, for example in his relations with countries like Russia and North Korea. He was however a committed internationalist and truly ‘global citizen’, someone wholly dedicated to the cause of local democracy and achieving a better and more equal society everywhere. He also had a wicked sense of humour which I was able to share in on numerous occasions.

Peter Woods passed away in June after serious illness; he leaves behind his wife Joyce and his daughter Rebecca. He will be much missed across the world.