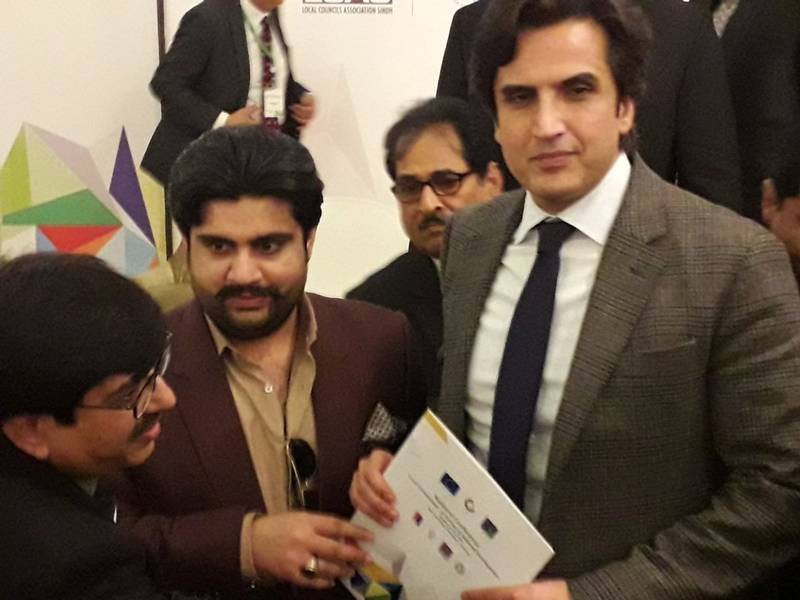 As an important local government conference came to a close this week in Islamabad, a range of recommendations have been made to inform the way forward. Organised by CLGF and the Local Councils Association of the Punjab, the event was part of an EU funded project to strengthen the four local councils associations in Punjab, Sindh, Baluchistan, and Khyber Pakhtunkhwa, as well as the ADLG - the national umbrella body in Pakistan.  To read the full meeting outcome statement click here.

Bridging gap between government and citizens

In a wide-ranging discussion, participants agreed priorities for enhancing local government’s role as actors in development. The outcomes endorse and build on recommendations developed by the LCAKP and LCAP based on their experiences of implementing local government, which were presented to the Prime Minister’s Taskforce on Local Government in December 2018.

The importance of enabling legislation

Participants recognised the importance of strengthening enabling legislation that sets out clearly the devolution of political, financial and administrative powers to district and local councils. The process should include clear articulation of services to be delivered locally and empowerment of local government to hire staff. Consideration should be given to establishing different roles and functions between urban and rural local government. Ultimately efforts should be made to move towards a more uniform system of local government across Pakistan.

Legislation should also be in place, in line with the Constitution, to ensure commitment to the principle of devolution to the district level; to ensure regular elections; and that councils can complete their full period in office.

Reserve seats for women and minorities

The recommendations also called for meaningful inclusion of all citizens in participation and decision making processes. Participants discussed the relative merits of retaining or modifying the reserve seats system for women and minorities. It was agreed that the number of women in local government should be increased and that capacity building and targeted resource allocation could empower them to play a full role in local decision making.