Reflections from the Caribbean on climate action 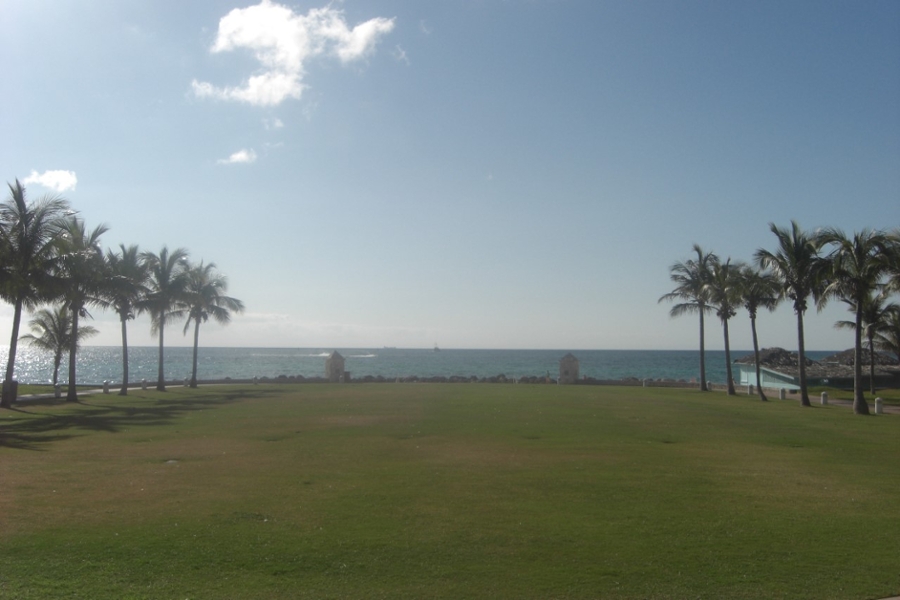 As we approach COP26, the UN conference on climate change, which is being hosted by the UK in Glasgow in November, CLGF’s Regional Manager, Ms Sandra Singh, has been talking to local government stakeholders in the Caribbean to discover their main concerns about the impact of Climate Change in providing Local Government services, This is what they had to say.

The view of a councillor in Dominica was that, apart from the vast variety of tasks that local authorities undertake and support to guarantee that decentralised services reach people in the many communities, climate change and its consequences remain one of the island of Dominica's key concerns. Local government authorities have been tasked with mobilising communities as they participate in disaster mitigation and management, including shelter management, education, and adaption measures. The absence of information coordination and sharing is a major impediment to efficient collaboration. Other growing issues include the lack of clarity about authority and a shortage of competent practitioners.

The long-term effects of Hurricane Maria's devastation have hampered the proper operation of local authorities in terms of service delivery. Many workplaces are still unrepaired and lack basic functional facilities, necessitating services to be carried out elsewhere or even using mobile premises. Some towns are rural and lack internet access, which raises the cost of telecommunications and internet access through the use of data. Local governments have struggled to get critical financing for shelter maintenance, outfitting, and administration. It has been tough to endure stock lost as a consequence of Hurricane Maria, as well as the necessity to improve sanitisation as a result of this covid19 pandemic. A demotivated workforce as a result of the absence of appropriate incentives for the job done by local authorities continues to be question in the minds of local practitioners.

Capacity building efforts, as well as the equipment required to support their sustainability, are also top priorities for local councils when it comes to service delivery. Elected councillors serve a three-year term on a voluntarily basis with a little salary, and this is often why many of them quit before the term expires. The requirement for ongoing capacity improvement and transfer is very important.

The lack of a legislative framework to compel residential rate/tax collection in order to assist with, and offset significant mitigation and adaptation costs has become a protracted process.

Damage to road infrastructure and housing

A former mayor in Trinidad gave his view on the impact to local government and communities and very succinctly stated the following areas as the major concerns in the light of climate change: flood management in low lying areas and coastal communities which may be impacted by rising sea levels; land slippage and erosion of hillsides, posing a major threat to housing settlements, especially old settlements with no building approvals; road maintenance which is affected due to rapid disrepair. He explained that the cost of mitigation, repair and maintenance will be huge and all of the aforementioned due to heavier and increasing rainfall. The other side to increased rainfall is the intensive dry seasons will affect the maintenance of green areas, recreation grounds deterioration and there will be lower productivity, in general, due to heat. Lastly, the general cost of mitigation, repair and maintenance will be increased.

The view from a mayor in Belize was that some of the main concerns revolved around cost and funding the recovery from the impact. He explained that, as a small developing country, Belize was already stretched, financially, in just meeting the basic day to day operational cost of running the municipalities. This, together with the fact that Belize is still challenged by not having adequate autonomy in policy development and implementation, provide the most worrying areas of concern.

Enhanced collaboration by all stakeholders

A Belize administrator observed that, in addition, the other major concern was infrastructure that was dilapidated, inadequate – including drains, streets, access routes, etc. There was insufficient and inadequate technical and financial resources and a serious need for enhanced collaboration among stakeholders; particularly central to local. All of this, he said, was contributing to local government’s ability – or inability - to provide and deliver services.

Clearing roads to reach most vulnerable

The view from a councillor in the Bahamas was that communication is really important during climate emergencies and maintaining contact with the different communities in the area and across the island. In the event of a disaster with life threatening injuries, there is no hospital, not even a small facility, to save lives. She stressed that when a disaster occurs in her small community, the goal is to work hand-in-hand with the emergency workers who operate the heavy equipment to clear the roads to ensure accessibility to other communities. Because funding is so limited, it is vital to use it in the areas of greatest importance, for example, taking care of the elderly and disabled.

On average, the intensity of storms appears to have increased, apparently due to higher temperatures. In turn, this increases the possibility of catastrophic damage to life and property, hence a greater likelihood that evacuations will be required in areas not traditionally requiring this. Evacuations impact significantly on government services, as they can be difficult to coordinate and expensive to execute; the government is also limited in its ability to carry out mass evacuations. Shelters are also impacted by climate change as many of them are not able to withstand intense storms in excess of, say a category 3 hurricane and winds above 135 miles per hour. Sea level rise is another impediment to adequate disaster response. Coastal degradation is evident in many areas which threatens stability of communities and increases risk of flooding or water intrusion in already low lying areas.

The view from a former local government Chief Executive Officer in Jamaica about the impact of climate change impacting local government services reveals that one of the biggest challenges is the lack of funding. That would be resources provided to councils to, firstly, prepare for disasters; and, secondly, to respond after the devastating events occur.

Educating the population on the impact and effects of climate change also needs to be enhanced. There are some education programmes, but there needs to be a greater focus on behavioural change in terms of how we deal with garbage disposal, and also to introduce more modern agricultural practices so that farmers will stop using the archaic method of slash and burn. There are also challenges in providing water to rural communities, because the sources have dried up, namely the minor water systems that would normally provide the water. Other services will also be impacted negatively, as the environment deteriorates. More resources will have to be diverted to those areas, therefore reducing the level of service provision in the other areas.

Added to this, the views of a local government consultant/advisor that a major concern would be having a systemic response to climate change, by the adoption of sustainable development mechanisms. Adopting climate change initiatives in requirements for planning approval, for example, mapping disaster prone locations within the jurisdiction; the identification of no build zones; water harvesting requirements in building regulations etc. There is a need for operational partnership/collaborative mechanisms between local government institutions and disaster response and mitigation bodies; an education component with civil society on its role in climate change responses is vital; the inclusion of local government representatives at the table where climate change responses are developed; and recognition that significant component of greenhouse effect and global warming emanate from cities. Finally, to the greatest degree possible, regulations related to disaster risk and management are managed by local government.

A brief, but fascinating reveal of how local government experts feel about climate change. A variety of issues from improving infrastructure, capacity building of council practitioners, better clarity and communication to enhanced education for civil society and individuals on the impact and reality of climate change, but also how relatively small behavioural changes can make a very big difference.