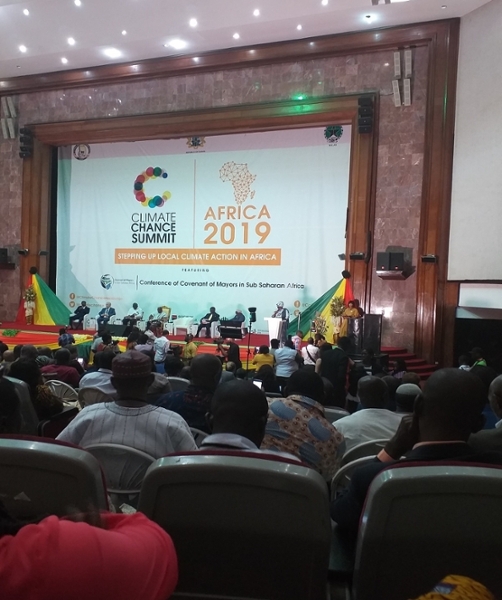 With the recent protests around the world to raise awareness of the need to tackle climate change, local authorities in Ghana have also been shining a spotlight on this important subject.

The National Association of Local Authorities of Ghana (NALAG) and the Ministry of Local Government and Rural Development of Ghana - both members of CLGF - working in partnership with the Climate Chance Association, organised a three-day African conference in mid October in the Ghanaian capital, Accra. The theme for the conference was: stepping up local climate action in Africa.

Around two thousand participants took part, including local and national government practitioners, academics and representatives from international and national NGOs.

A range of topics relating to climate change were discussed, including:

The event produced an outcomes statement based on the discussions.

CLGF was represented at the event by Ms Joyce Ekuful, the West Africa Regional Programme Officer. She said: "There was a clear call for equal funding opportunities for both climate adaptation and climate mitigation with solar power systems and digitalisation seen as the way forward to address climate issues. Ms Ekuful continued: "It was also very pleasing to see firm agreement about the important role that local governments have to play in climate change and mitigation, meaning, undoubtedly, that it is crucial that their capacity is strengthened."