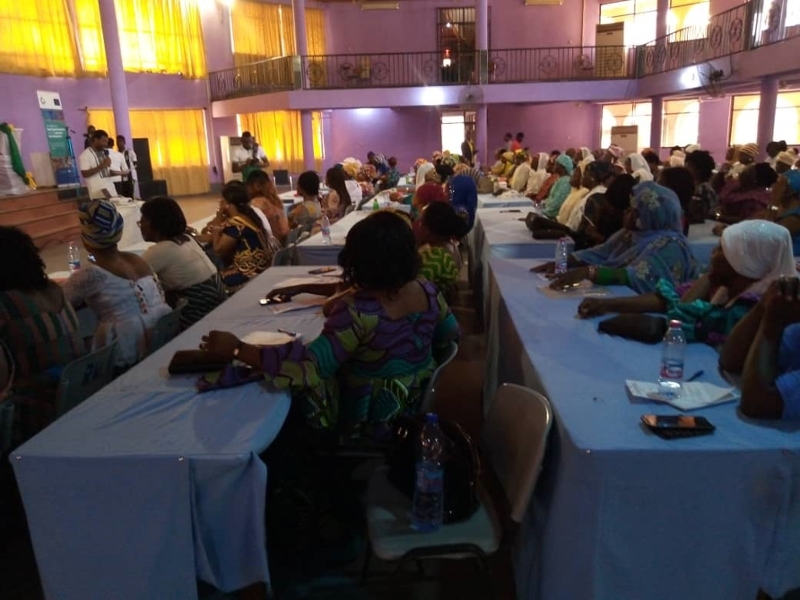 CLGF has been working in Ghana on one of its key priorities: the political empowerment of women in local government in conjunction with Sustainable Development Goal 5.

Held in Tamale in the Northern Region on 9 and 10 March, the purpose of the workshop was to strengthen the capacity of both elected and appointed women Assembly Members to enable them to play their roles as leaders, representatives and decision-makers more effectively.

Importance of workshops to explain procedures

The workshop was opened by the Minister of Local Government and Rural Development, Hon. Hajia Alima Mahama with the opening ceremony also being used to commemorate International Women’s Day 2020.  In her statement, she acknowledged the importance of the workshop as it was taking place at a time where local assemblies of Ghana have been newly inaugurated and new members need to understand relevant procedures for them to work effectively and efficiently. She requested that the training should be extended to the women assembly members in the Middle and Southern parts of the country for them to also benefit from the rich ideas being shared.

CLGF's West Africa Regional Programme Officer, Ms Joyce Ekuful, used the occasion to introduce the Commonwealth Women in Local Government Network (ComWLG) to the participants and described the four key focal areas of the network. She indicated the workshop is launching the Ghana chapter of the network and looks forward to other women activities to follow in the near future.

In total, there were 129 participants and the topics presented and discussed included: decentralisation and the local government system in Ghana; the role of the assembly woman; effective lobbying and advocacy; fundraising and resource mobilization; and effective strategies for citizens’ engagement.

The participants expressed their satisfaction and appreciation to NALAG and CLGF for the training and the opportunity to share ideas among themselves and with the network. One of the tangible outcomes was the creation of a virtual platform (WhatsApp), where they selected an administrator from each region for the management of the platform. The platform will also include a representative from NALAG and the CLGF Programme Officer to assist in the continuous information sharing and networking.