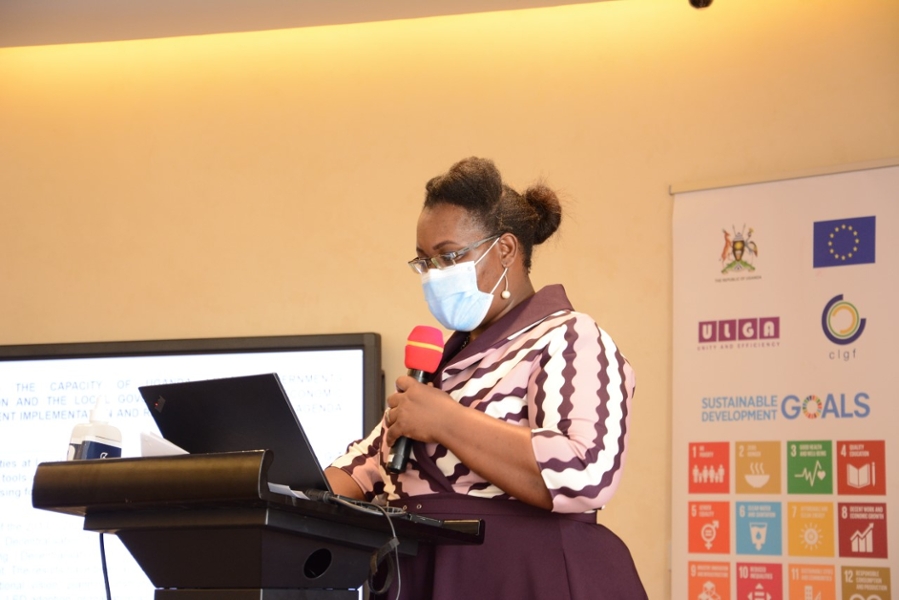 The Uganda Local Government Association (ULGA) launched a pilot project earlier this month on Local Economic Development (LED), aimed at building the capacity of its organisation and member local government councils for the implementation of national LED policy, networking with the local business sector and achieving the Sustainable Development Goals.

The project is being implemented by ULGA in partnership with CLGF over a two year period. It is being funded through CLGF’s European Union project Strengthening Local Governments’ Role as a partner in Development, which is part of the wider Framework Partnership Agreement between CLGF and the European Union. The main purpose of the project is to help local governments work better with the National LED policy which will strengthen their capacity to engage in targeted approaches to LED, as well as identifying viable economic activities within their communities and will focus on three councils: two districts and one municipality - Mpigi district, Mukono district and Makindye Ssabagabo Municipality.

The launch took place in Kampala in the presence of Jennifer Namuyangu, the State Minister for Local Government. Ms Namuyangu remarked that the project is one of the ways to enable local governments to provide better services to the citizens and therefore increase revenue. She explained how some districts have been solely depending on central finances, in some cases collecting only 2% of their income themselves. She welcomed the collaboration of the partners to support three local governments in taking up the policy of Local Economic Development; and helping councils to devise projects and strategies, as well as attracting community investors. The launch was also attended by the EU Delegation in Uganda, UNCDF and other key stakeholders.

ULGA Secretary General, Gertrude Rose Gamwera, explained that the pilot is very well aligned with the association’s fourth key strategic focal area, which is building capacity of local governments to deliver services, while taking advantage of the National LED Policy objectives. Ms Gamwera said that the project is to be used as an entry point to the achievement of Sustainable Development Goals (SDGs) by local governments.

She said: “ULGA continues to invest in actions that support local governments in selecting the most competitive ventures, in which they possess a comparative advantage over others, in terms of local resources - natural, human and territorial.” It is hoped that the local governments will then transform their ideas into an economic goal that can be taken forward, working with the private sector, as well as communities that they lead.

Ms Sandra Singh, Regional Programme Manager of CLGF's Caribbean Office, which is managing the EU project said: “CLGF Caribbean, heralds from across the Atlantic, the successful launch of Uganda’s inter-governmental approach to promote Local Economic Development, facilitated by the country’s Local Government sector. We look forward to learning from Uganda's experiences in this venture, so that we could follow in your footsteps, as we also hope to share ours, as part of the CLGF family.”

CLGF Programme Manager, Ms Claire Frost, added: “Implementing national LED policies at the local level is vital to achieving the goals of Agenda 2030 and helping with the post pandemic recovery. It also ensures a bottom up approach to the economic growth of our communities. We are very excited about this project.”