And the new EALGA Secretary-General is a woman! 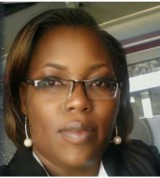 Another boost for Commonwealth women in local government, as Ms Gertrude Rose Gamwera is appointed Secretary-General of the East Africa Local Governments Association. As well as sending warm congratulations, we take this opportunity to find out more about the new appointee to this important position through a question and answer session.

How did your appointment to SG EALGA come about?

My appointment to the office of Secretary-General of the EALGA has its history in my work with the association. I previously provided oversight support for the recommendations and decisions of the sitting executive, at a time when the association did not have a secretary-general in post (2013/2014 and 2016-2018). Given this, in May 2018, during the EALGA AGM, members decided to appoint me to the position of acting secretary-general, as we embarked on the journey to revive the brand and visibility of EALGA’s mandate in the EAC region.

Following the relative success of the last three  years, it was unanimously agreed at the recent Kigali EALGA AGM, that I should serve as the substantive Secretary-General of EALGA, given the knowledge, experience and hard work that has resulted in making the EALGA an effective body for its members and stakeholders within the EAC region. As a result, I am now confirmed in post.

You’re currently the Secretary-General of ULGA, and a lawyer by trade, how hard was it for you to reach this position, as a woman?

ULGA, as an association, is an almost completely, male-dominated platform for local government leaders; which, given my gender and cultural background, meant that I had to work twice as hard and make double the effort to prove that I have the capability to deliver, as well as any of my male counterparts. It definitely wasn’t easy for a new mother at my starting age, and especially when maternity leave was regarded as an inconvenience. A journey and a battle of wits.

I started my career as a legal officer and, on my own initiative, invested in professional development that related to the tasks expected of me at the association. I took on short courses, thanks to DANIDA, SIDA and the NUFFIC programmes. I used the knowledge I gained to showcase my programming and strategic planning capacities which, in turn, I leveraged to make myself more visible to the management and leaders. When the deputy secretary-general post became available in 2008, I was encouraged by management to apply and was appointed to the post.

In 2009, the resignation of the incumbent secretary-general created a vacancy, but it took me much longer to decide whether to apply, simply because I knew it would mean a bigger fight because of my gender, and a bigger challenge to showcase my abilities and demonstrate that I was just as good as any male applicants. There are so few women in the boardroom, an issue that continues to cause me much concern. But, eventually, with a lot of encouragement and inspiration from a cross-section of leaders I was working with, I applied and in 2011, appointed ULGA’s third secretary-general, a position I have held ever since.

I must share with you, that undertaking this role is hard work on a daily basis. Some leaders treat you like their personal assistant, while others, including women, are convinced that such a senior, leadership position is not a suitable place for a woman. It therefore takes a lot of skill and diplomacy to navigate the role, show them otherwise, and stand firm. It is common in a boardroom to have to articulate your views more forcefully than your male counterparts, to ensure your opinions are respected and taken into account; and, unfortunately, remind everyone that you are not there to serve the refreshments.

How long have you been associated with East Africa Local Government Association (EALGA) and how?

My journey with EALGA dates as far back as 1999, when Uganda hosted the African Union of Local Authorities (now UCLGA) and at the time when EAC Integration was taking root with the passing of the EAC Treaty. The secretaries-general for Kenya, Tanzania and Uganda mooted the idea of a sub-regional body of local authorities that mobilises stakeholders in the EAC to directly contribute to the process. The job of drafting the EALGF  Constitution fell to me, as legal officer, and we set to work. In 2005, the Constitution was approved and EALGA launched in Kampala, Uganda.

How involved were you with setting up the East Africa Local Government Forum (EALGF)?

The foundations of the EALGF can be traced back to the meetings of the EALGA, where I was an active participant and support to the secretariat team as ULGA's Legal Officer. The Association members recommended that ministers of local government be invited as key policy formulation drivers, to join them to find common solutions to challenges faced by councils. EALGA was able to organise such an engagement in 2009 in Nairobi, and the wheels were set in motion. As part of the sharing of the findings of the CLGF-UNDP supported study on decentralisation in East Africa, at an EALGA AGM held in Kigali, Rwanda, the decision to launch the platform was sealed. I worked closely with CLGF’s Technical Advisor to create the terms of reference and, in 2012, in Arusha Tanzania, I witnessed the formal launch of EALGF

As an active member of the Commonwealth Women in Local Government Network (ComWLG), what challenges have you faced that might be shared with aspiring women in local government?

This achievement speaks to the objectives of ComWLG, one of which is to gather Commonwealth-wide best practice on women in local government; make this available to its membership; and mainstream these principles into CLGF’s wider work programme. Uganda, my home and country of birth, is a member of the Commonwealth, and also the membership of EALGA. The issues that I have faced are worth documenting for learning and preparation of upcoming and aspiring Women who wish to join the Local Government leadership ranks.

What are your aims and how do you see the priorities for the EALGA, going forward?

The current priorities for EALGA in relation to its mandate around promoting the role of local and county governments in the EAC integration process include:

The above priorities shall be underpinned by efforts and interventions towards capacity building towards the Local and County Government step up to their enabler role.

On the personal side, how do you combine family and work; and what do you like doing if you ever do have a quiet moment?

There has to be a deliberate decision to create special time for family. Family remains at the apex of my priorities. I always make sure that family critical days are blocked on my calendar and I give them full attention. There have been times when I have had to travel with my family as part of my work schedule. It offers an opportunity for them to understand what I am all about when I am away working, and what kind of support I need from them. And, at the same time, allowing me to be present after ‘clocking off’ at the end of the day. Crucial to any woman is a supportive partner, who will step in when you are away, but also listens and help you navigate through the trying times. Very crucial.

In my very quiet moments, I love to reflect on my journey and personal growth; thinking through what comes next for me and, while doing this, reflecting and being thankful to God for the grace and favour He continues to bestow on me. I love to pray. I must also say I enjoy good music, and l love a good party where dancing remains at the heart of the event.

Once again, congratulations Ms Gamwera, and we look forward to following your future success.