Democracy and free and fair elections 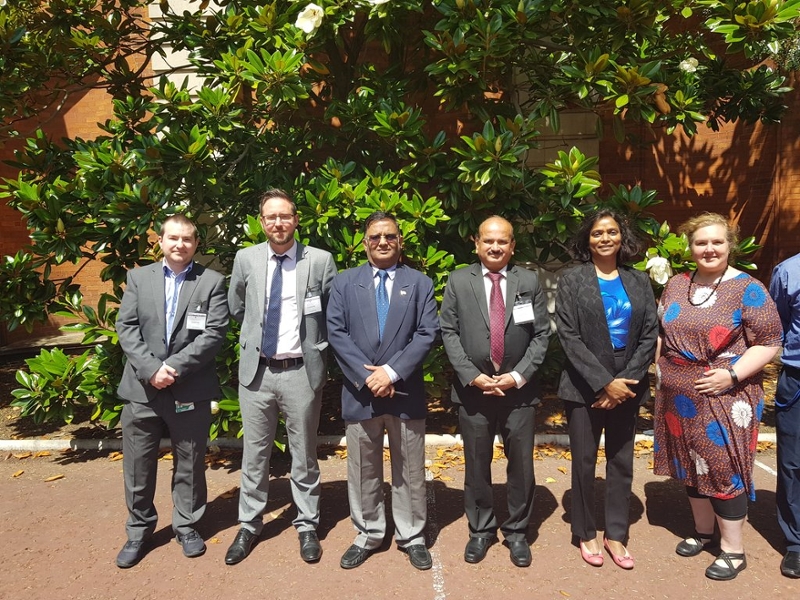 Well managed and secure elections were the main topic of conversation at a knowledge sharing meeting hosted last week by CLGF.

Having recently embarked on a project with the Electoral Commission in Maharashtra, India to increase women’s participation in elections, CLGF invited representatives from the London Borough of Merton to share their expertise with Maharashtra State Election Commissioner.

Head of Merton’s Electoral Services Team, Andrew Robertson, explained that there had been a concerted move from paper to technology based information and registration. Individual Electoral Registration is the voter registration system introduced in 2014. The previous system required the ‘head of the household’ to register all residents eligible to vote; whereas the new system meant that individuals registered themselves, providing ID that could be verified.

State Commissioner, Mr Jageshwar S Saharia explained that Maharashtra was one of the most urbanised of India’s 30 states and had a population of 114 million (with an electorate of 80 million), twice the size of the UK.

Quotas for seats for women

Universal adult franchise had been the greatest social revolutions in India and online registrations started in the late 90s. There is now at least a minimum quota of seats for women of 30% in Indian states with many, including Maharashtra, introducing a requirement of 50% of the seats going to women. India now uses a standalone voting machine in polling stations rather than paper ballots and the results are always able to be announced the next day. The large number of voters has led to a staggering of the elections across a number of weeks. Although voter turn-out in India is much higher than in the UK, Maharashtra is planning a series of awareness raising campaigns to encourage more people to vote.

Participants also included Dr Ruth Kattumuri, Co-director of the India Observatory at the London School of Economics, Ingrid Koehler from the Local Government Information Unit, Matthew Leek from the London Borough of Merton and Kiran Kurundkar of the State election Commission, Maharashtra.

CLGF eagerly awaits the progress of their CP4D project with Maharashtra, funded by the UK Government, and led by the Westminster Foundation for Democracy and welcomes more dialogue on elections.