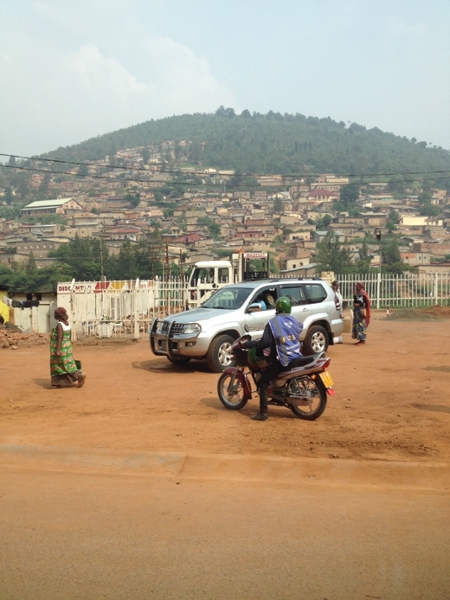 The importance of decentralisation to local government in East Africa was affirmed when it was the focus of a regional event this week. Co-hosted by CLGF, the EALGA - East African Local Government Association - held a two-day meeting with the title: the Status of devolution/decentralisation and the fiscal budget architecture: key emerging issues for regional and national policy advocacy.

Moderated by EALGA’s Secretary-General, Gertrude Rose Gamwera, the event attracted a large audience from across the region, to listen to a rich array of local government experts and practitioners.

Following the opening comments by the Secretary-General of the Regional Dialogue Committee, Ms Lillian Alex, CLGF Secretary-General Lucy Slack presented the issues around sustainable cities and the Local Governments for Regional and Global Development agenda. She referenced the recent Call to Action, asking Commonwealth leaders to prioritise issues around rapid urbanisation and work collaboratively on a cross-governmental and multi-disciplinary level.

This was followed by a discussion chaired by CLGF’s Programme Manager, Claire Frost, on the Effectiveness of the Devolution Principle and Deepening Decentralisation for An Effective EAC Regional Integration.

Principal Secretary at Kenya's Ministry of Devolution, Mr. Julius Korir, presented the background paper on Benchmarking Devolution as a driving principle for a people centered development process, sharing experience from advances in Kenya with the devolution through the county system.  Permanent Secretary of Tanzania's Ministry of Regional and Local Administration, Professor Shemdoe, spoke to Tanzania's policy reforms and the current success and challenges these have presented.

The subsequent discussions resulted in a number of key points relating to individual countries, and the region as a whole.

Lastly, but vital to supporting many of these actions, strengthening regional platforms for policy dialogue and exchange, for example, through the EALGA.

Reflecting on this successful dialogue CLGF Secretary-General, Lucy Slack concluded: "We are delighted to have cohosted this event with EALGA in order to discuss such important issues and their significance to the region. We are looking forward to the upcomming East African Local Govenment Forum (EALGF) and to supporitng the ongoing dialogue with the EAC on the role of local govenement in regional integration."

East African Local Governments Association The East African Local Governments Association (EALGA) was established in 2002 as the umbrella association for the national local government associations in East Africa, including Burundi, Kenya, Rwanda, Tanzania and Uganda. The aim is to contribute to the strategic direction of local government in East Africa relating to democracy and good governance, co-existence, equitable distribution and sustainable utilisation of resources; and to provide political capacity for local authorities to participation in regional development by ensuring that regional integration and cooperation and laid down under the East African Community (EAC), is people driven. EALGA currently has an observer status within the EAC.