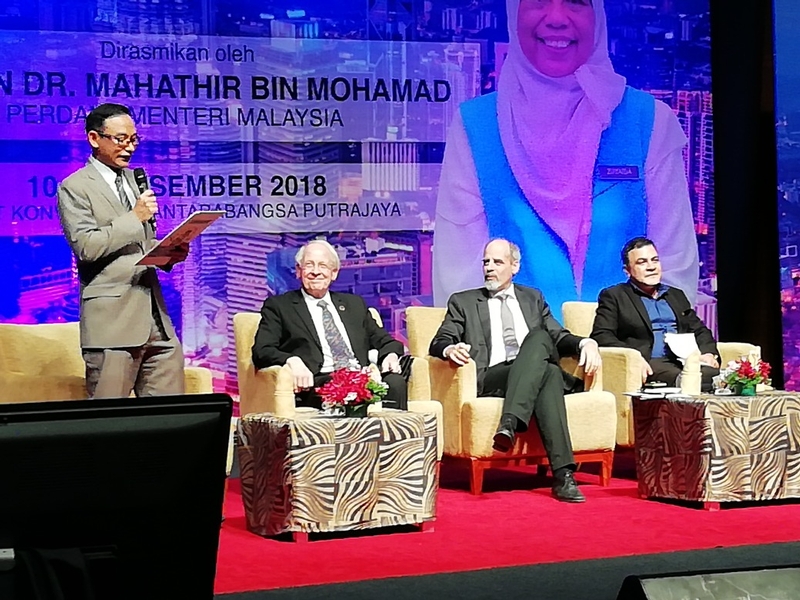 “Local elections will put Malaysia in line with the best practices prevailing in other countries in much of ASEAN, the Commonwealth and globally. It will give a real voice to local communities and their representatives through the ballot box, through democratic voting,” he told participants.

The decision to hold local elections is in line with the Commonwealth’s Fundamental Political Values enshrined in the Commonwealth Charter, to which all 53 Commonwealth countries, including Malaysia, are signed up the Charter and which was just re-affirmed by Heads of Government at the recent meeting in London last April.

Dr Wright explained that holding democratic local elections would ensure that Malaysia can obtain maximum benefit from sustainable development. He said: “This needs to be a bottom-up, not top-down, development involving active engagement of local communities and the grass roots.” He told participants that UNDP and other global bodies have emphasised that 2030 Agenda for Sustainable Development and its 17 Sustainable Development Goals are best implemented through a process of localising the SDGs - through local government, civil society and other local stakeholders including academia and the private sector.

The Commonwealth Charter commits to the Aberdeen Agenda: Commonwealth Principles on Good Practice for Local Democracy and Good Governance, which were originally adopted by CLGF member organisations and endorsed by Commonwealth Heads of Government in 2005.

Dr Wright cited two of the principles. The first about the ability to elect local representatives which states: ‘Citizens should be able to elect their local representatives in conditions of political freedom and emphasised the importance for local representatives to reflect the views and needs of the community they serve – best achieved through regular/timely local elections which are both open and inclusive, with the results reflecting the wishes of the electorate.

Suggested that Malaysia look at local government electoral systems in other Commonwealth countries, particularly those with a federal or quasi-federal structure, Dr Wright mentioned:

Canada, which uses a first-past-the-post system with mayors also being directly elected. Some provinces have multi-tiered systems (supra-regional, regional and single-tier), others have just a single tier; and 27% of councillors and 16% of mayors are women.

India, where elections are first-past-the-post with 33-50% of seats reserved for women. Mayors are elected directly or indirectly depending on the State for terms of 1-5 and councillors are elected for 5 years. Elections are based on political party.

South Africa, with a dual electoral system of proportional elections based on party lists and ward elections for individual councillors for a 5 year term. Depending on the State, there are three types of executive systems: collective (executive committee), mayoral (executive mayor) and plenary (whole council). Women make up 41% both of mayors and councillors.

Dr Wright reminded the audience of CLGF's wealth of experience it can share with Malaysia, taking in best practices from across the 53 Commonwealth member countries and beyond and previous work with members such as Pakistan and South Africa, advising on setting up new democratic local government structures.

CLGF also draws on its partnerships with Commonwealth bodies like the Commonwealth Secretariat and the Commonwealth Parliamentary Association on their electoral expertise and with key international agencies such as the European Union, UNDP and UN Habitat. Complemented by close links with the private sector, for example with Microsoft, with collaboration on issues such as Smart Cities and use of ICT in e-governance.

"There is much the world can learn from Malaysia", he concluded, saying he looked forward to the innovations and best practices in local government that Malaysia can share with CLGF members globally.

CLGF's DFID funded project in Sri Lanka to promote Local Economic Development is making very pleasing progress. The end of January saw a real boost to the businesses of entrepreneurs in two ...

CLGF is always pleased to welcome a new member of staff to one of our regional offices throughout the Commonwealth.