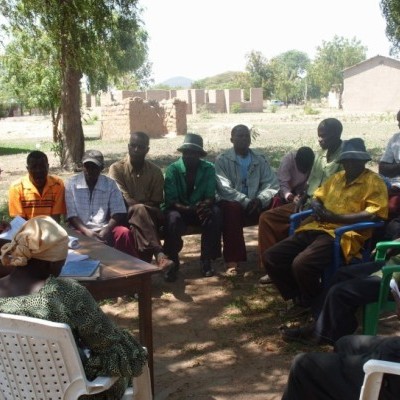 Tanzania is a democratic unitary republic with both a central government and a devolved government of Zanzibar which has autonomy for non-union matters. There is local government in both Tanzania and Zanzibar. Article 145 of the constitution gives recognition to local government and is supported by the Local Government (District Authorities) Act 1982 and the Local Government (Urban Authorities) Act 1982. The Ministry for Regional Administration and Local Government is responsible for local government in mainland Tanzania and is currently within the Prime Minister’s Office. On the mainland, there are three types of urban authority: city, municipal and town councils. In rural areas there are two levels of authority; the district councils with the township authorities, and the village council. On Zanzibar, urban authorities are either town councils or municipalities, while all rural authorities are district councils. In mainland Tanzania there are 25 regions, 40 urban councils and 132 rural district councils, whilst on Zanzibar there are five regions, four urban authorities and seven rural district councils. Local government authorities (LGAs) have the power to levy taxes, fees and charges; however the majority of local authority revenue comes in the form of sector-specific conditional transfers from central government. LGAs exist for the purpose of consolidating local services and empowering the people to participate in social and economic development. Local authorities are mandated to maintain law, order and good governance; to promote the economic and social welfare of the people in their jurisdiction; and to ensure effective and equitable delivery of quality services to the people.

The Association of Local Authorities of Tanzania (ALAT) represents local government on the mainland of Tanzania.

The Zanzibar Local Government Authority Act of 2014 bill was put forward in Oct 2014 to the Assembly to replace the Zanzibar Municipal Council Act 1995 and the District and Town Councils Act 1995.

Read the profile of the local government system in Tanzania.

Tanzania is a partner in CLGF’s regional programme in Southern Africa, supported by DFID and CLGF is working with the Ministry for Regional Administration and Local Government and the Association of Local Authorities of Tanzania (ALAT) and other local partners as it takes forward the EC funded project “Strengthening local government’s role as a partner in development” focused on strengthening the role of local government and other local and national actors in localising and implementing the new Sustainable Development Goals (SDGs).

CLGF provided technical support for the ALAT position paper on embedding decentralisation in the constitution and co-produced the 2011 study on 'The state of local democracy and good local governance in Tanzania' undertaken, the University and the Federation of Canadian Municipalities, to review decentralisation and local governance against the Aberdeen Agenda and the following year, the inaugural meeting of the East Africa Local Government Forum (EALGF) was held in Arusha. One of CLGF’s first activities in 1995 was capacity building in Tanzania following the first-ever multiparty local government elections using an innovative distance learning methodology in partnership with the Southern African Extension Unit.