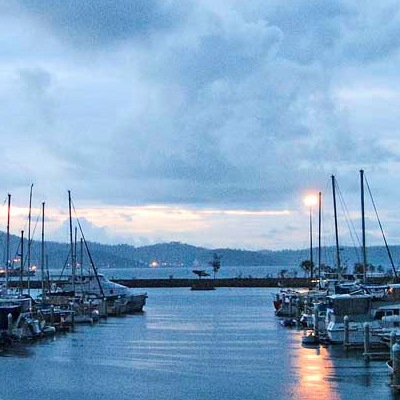 Papua New Guinea is a federal constitutional monarchy with three spheres of government: national, provincial and local. Local government is enshrined in the constitution. No women were elected to parliament during the 2017 national election and in 2013 1.4% of councillors elected were women. There are 22 provinces, the national capital area of Port Moresby, the autonomous region of Bougainville and 89 districts. Local governments are called local-level governments (LLGs). There are 31 urban LLGs and 265 rural LLGs, making a total of 296 local governments. There is little difference in either the composition or the functions and responsibilities of the two types of government. The main governing legislation is the Organic Law on Provincial Governments and Local-level Governments 1995 and the Local-level Governments Administration Act 1997. The Department of Provincial and Local Government Affairs (DPLGA) within the Ministry of Inter-Government Relations has statutory responsibility for all matters relating to local government. Local governments may levy a variety of local taxes and charges. There are government transfers to cover staff salaries as well as for specific development projects. In 2019, local government expenditure was approximately 1.4% of total government expenditure. LLGs are responsible for water supply and have joint responsibility with provinces for roads, waste disposal, health and environmental protection, economic promotion and tourism.

Papua New Guinea has been an active partner for  CLGF's work in the Pacific including hosting the Pacific Local Government Forum in 2014 in the capital, Port Moresby.

FLOW Programme – Bougainville (2012-2015)
The Pacific Funding Leadership and Opportunities for Women (FLOW) Programme was a four-year multi-partner initiative funded by the Government of the Netherlands. It aimed at increasing women’s representation in civil and political leadership across three Pacific Island countries, including Bougainville in Papua New Guinea, in order to drive gender equality.
CLGF’s programme under FLOW included:

PNG Good Practice Scheme (2000 – 2011)
The PNG Good Practice Scheme, a technical twinning program between Australian and PNG local government, ocused on improving capacity to deliver key services. In total, there were seven formal partnerships established between the two countries as part of the programme. The scheme used successful mechanisms of council to council, peer to peer, technical support and on-the-job training to help build local capacity and skills. The scheme had two phases and supported capacity building in Urban Local Level Governments in PNG with particular emphasis on their role in meeting the (then) Millennium Development Goals (MDGs).