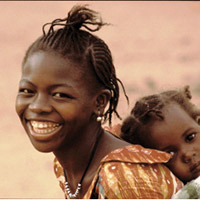 There is a single voluntary national association for all councils: the Local Government Association of Zambia (LGAZ). Its principal objective is to protect and promote the interests of local government in Zambia.

An Urban and Regional Planning Bill is being proposed that will require councils to involve communities more in their planning and budgeting.

Read the profile of the local government system in Zambia.

CLGF is working with the Ministry of Local Government and Housing, LGAZ, Local Government Training Institute and four councils (Kitwe City Council, Kabwe Municipal Council, Chipata Municipal Council, Kaoma District Council) on an LED pilot project underway as part of the wider DFID funded programme supporting local governance and local economic development. The pilot is targeted towards establishing an enabling environment at national level to facilitate, coordinate and monitor LED, strengthen local council capacity in service delivery and community/stakeholder participation towards a conducive environment for local investment and economic empowerment.
Work to date has focused on building council capacity to assess the local economy and develop targeted LED plans and investment plans. Ward development committees have been formed in Kabwe and Chipata which have been working to build capacity LED and local accountability.