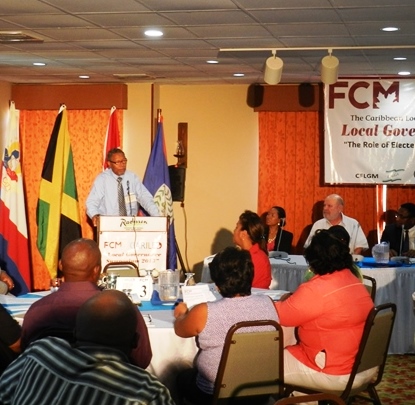 St Lucia is a constitutional monarchy with two levels of government: central and local. The constitution makes reference to local government but contains no specific provisions. The main legislative text governing local government is the Constituency Councils Act 2012. Local elections were suspended in 1979, and since then the Minister of Social Transformation, Local Government and Community Empowerment has been responsible for the nomination of all councils. There are 10 administrative quarters within Saint Lucia, which consist of 15 constituency councils. The functions and responsibilities of local government have been discharged by

centralised authorities since 1980, and many of the services provided are carried out in

tandem with other governmental agencies.

The Government of Saint Lucia is in the process of finalising a Local Authorities Bill to replace the current Constituency Councils Act 2012. The new bill will address issues relating to the institutional, financial and legislative frameworks of local authorities. This is in an effort to encourage and promote a greater level of public participation and involvement in the affairs of the nation and its development.

Read the profile of the local government system in Saint Lucia.

CLGF will continue to work with the Ministry of Social Transformation, Local Government and Community Empowerment and other partners as it takes forward the EC funded project “Strengthening local government’s role as a partner in development” focused on strengthening the role of local government and other local and national actors in localising and implementing the new Sustainable Development Goals (SDGs).